C8. The Rope Strapping Him 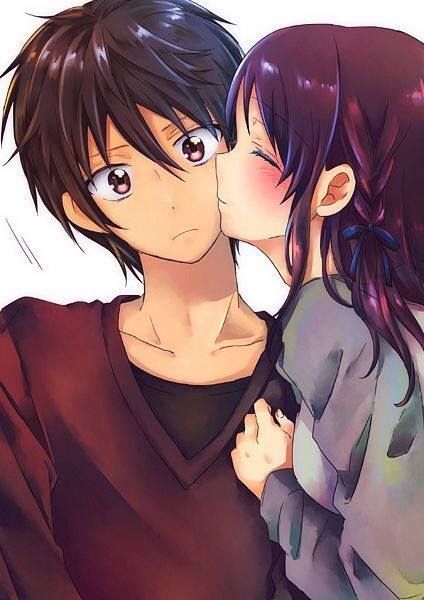 In the car, Charlie sits in the driver’s seat, with a flickering cigarette in his hand.

The light in the house is never turned on. He hollowly looks at the house like a cannibalistic beast.

He does drink a lot tonight, and almost never refuses toasts. When he walks with Vivi hand in hand on the red carpet, he suddenly recalls that he took Mandy’s hand and got married with her before.

On the wedding today, he sees the shadow of Mandy everywhere. He thinks that he might be crazy, so drinks a lot. He has thought that as long as he gets drunk, he won’t think about Mandy. But unexpectedly, the more he drinks, the sober he becomes.

And then, he immediately drives to Mandy’s house as soon as the wedding is over.

This is the cage he casts for Mandy, but it seems to become the rope that straps him.

Unknowingly, the cigarette in his hand has burned out, and the butt scalds his fingertips. Charlie regains consciousness, drives the car and leaves here. The wind blows, but he feels chilled in his heart.

All night long Charlie doesn’t return to his mansion. Vivi looks at the orderly sheet, and her heart sinks to the bottom.

Yesterday on the wedding, she found that Charlie was absent-minded, but when she asked him, he just kept saying that he was okay.

Three years ago, she held the grudge against Mandy since her love affairs with others were found by Mandy. And they had a graduation trip soon. She invited Mandy to the deck and wanted to push her into the sea, but she didn’t realize that she fell into the sea first.

Fortunately, she was saved by a fishing boat. But she dared not to return to Haicheng City again. She was afraid that Mandy would release everything about her. So, she has endured silently until now, in order to completely crush Mandy.

Now, as she wishes, Mandy becomes a prisoner, but she always feels

Charlie sees Vivi staring blankly on the sofa as soon as he gets home. He is stunned, then remembers that he has married Vivi. He goes over and says with a slight apology, “Vivi, why did you wake up so early?”

“I didn’t sleep all night.” Vivi looks at Charlie and says piteously. “I’m so afraid that when I fall asleep, I will find our wedding is just a dream. Charlie, I’m afraid you won’t be my side.”

Hearing that, Charlie remembers that he doesn’t come back overnight, and feels more guilty. He quickly hugs her and explains, “I’m sorry, you were alone last night. Young dragged me to drink in order to celebrate my marriage. I promise I won’t let you alone next time.”

Feeling that Vivi is so obedient and sensible, Charlie holds her more tightly. He thinks that he must have been insane yesterday before he went to Mandy’ house. She is just a scheming bitch. How can she compare with Vivi?

After a long time, Vivi loosens Charlie, pretending to be worried, “Charlie, how is she now?”

When Vivi mentions Mandy, Charlie trembles, and then a trace of coldness appears on his face, “Why did you mention that bitch? We have been apart for so many years because she created difficulties for us.”

“But after all, we were good friends before.” Vivi is observing Charlie’s expression. When she sees he is trembling, she knows that he must have concealed something.

He really doesn’t have affairs with Mandy?

Obviously, Charlie doesn’t want to talk with Vivi on this topic any more. Instead, he grabs her shoulder and deviates from the topic, “You don’t sleep all night? Come on, I’ll accompany you back to your room for a rest.”

Charlie doesn’t want to talk about Mandy. She has no choice but to pretend to follow his advice.

However, she thinks that she must take actions.

At the same time. Another scene. Mandy curls up against the bed. Since Charlie left last night, she has maintained such a posture, which psychologically means defense.

Mandy has lived smoothly for more than 20 years. But great changes have taken place in this month. Even the most optimistic and strongest person can hardly endure that at this moment.

In her view, the house is hell, and Charlie is the devil.

Dear readers, if you love our work, please rate, follow or review for it. Your support will be our best motivation. Thanks for your support again.