C7. Inferior to a Dog on the Roadside 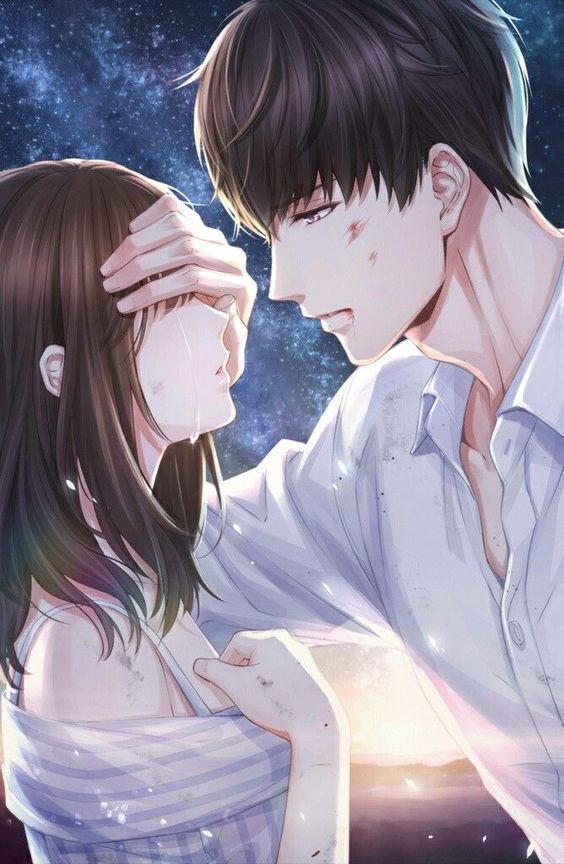 At 11 o’clock late at night, Mandy stares at the ceiling with her eyes opened in the darkness. It’s quiet around. It seems that there is only silence left in her world. Her world is silent either on the bright day or on the pitch-dark night in which she can’t see her hands in front of her.

She admits that Charlie is the winner, and she suffers from mental torture, which is more terrible than physical torture. Nobody talks with her. There is no sound except TV. At first, she can talk to herself, but now she hasn’t spoken for nearly half a month.

Just then, there is a sudden stir outside the house.

Mandy is stunned and unconsciously sits up from the bed. The house is still quiet, but the footsteps outside become more and more clear.

Mandy thinks that it is impossible, after all, today is his wedding day. He exposes her to such a dangerous situation by all means in order to marry Vivi. So, he should stay with Vivi right now, how could he come here again?

Perhaps, it is a thief. As soon as this idea occurs to her mind, Mandy feels vaguely happy rather than scared. She hasn’t talked with people for a long time. She is willing to give the thief everything in the house as long as he takes her away. If he is vicious, she doesn’t mind her being killed by the thief.

To leave, or to die——either way is a relief for her now.

While she thinks, the door of the room is unlocked by someone, and comes the pungent smell of alcohol.

In the dark, the man’s eyes are like stars in the sky.

Mandy is stunned there at once. Faster than she can respond, the man rushes over and presses her under him. When his hot palm touches her skin, Mandy suddenly comes to her senses, stretches out her hands and tries to push the man away. She shouts in a hoarse voice, “Charlie, are you crazy?”

She will never mistake those eyes for the whole life.

The man’s hands continue his previous actions without a word. Mandy is not so strong as Mandy, so she can’t move.

Suddenly, Mandy stops pushing him and puts her hands around Charlie’s neck. She buries her head in his neck, but bites him hard by her teeth the next second.

Charlie comes to his senses because of the sudden pain from his neck. He shakes off Mandy, steps back, stares at her eyes, and says coldly, “Mandy, are you getting tired of living?”

“Charlie, today is your wedding day. You don’t stay with Vivi, but come to me here. Do you suddenly find you have fallen in love with me? You can’t live without me?” Seeing him stand up, Mandy can’t help saying ironically.

At her words, Charlie’s face hidden in the darkness takes on a trace of embarrassed anger. He sneers and says, ‘Mandy, you are really the most shameless woman I have ever seen. I fall in love with you? That’s really a big joke!’

“That is the best.” Mandy stares at his eyes, with a slight mockery in her pupils. “After all, you are inferior to a dog on the roadside in my opinion.”

When Mandy’s voice just dies away, Charlie is stupefied at that moment.

When did she have a glib tongue?

In the memory of Charlie, Mandy is tender and delicate. But now, the woman in front of him is more like a wounded beast, stretching out her claws.

But he wants to see whether the little beast’s claws can really kill him or not.

While he thinks, he rushes towards Mandy again. This time, he straightens up Mandy’s hands, and humiliates her, “Then you have to see how you have sex with the dog!”

While saying that, his other hand has already taken off all their clothes, and he directly enters her body without any tenderness!

Mandy frowns painfully, struggling to escape from his control, but in vain.

She feels so humiliated that she scolds constantly, “Charlie, you are a devil, you will surely get your retribution in the future!”

But the fiercer Mandy curses, the fiercer his actions are. In the end, Mandy stops talking and closes her eyes in disgrace.

She doesn’t want to see the face that makes her feel sick.

She just hopes the torture will end soon.

Finally, when Charlie finishes venting, Mandy feels as if all her bones were broken.

Seeing she slumps onto the bed like fallen leaves in the autumn wind, Charlie satisfactorily cleans himself up and turns away from the room.

After the door is closed with a snap, everything is quiet again, but the pain from her body always reminds her how terrible the man is.

He used to be the angel who gave her access to bliss of the paradise, but now he becomes the devil who pushes her into the hell.