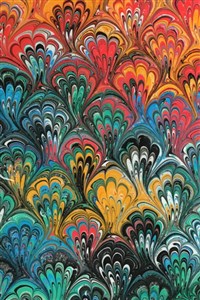 About The Story (and How to Read It)

Hello everybody, and welcome to Inter Caelum et Terram!

This novel/draft/book/anthology/whatever has been a passion project of mine for a very, very long time, and as such has undergone very many changes and revisions.

Part of the reason for this is I’m a little too much like a dry sponge, I simply absorb anything I come into contact with and can’t get rid of it until it's been wrung out of me.

Seeing as I read an ungodly amount, and am still probably too much of a little kid at heart, it was extremely difficult to decide on simply one story to write. Should I do sword and board adventuring, maybe a huge space opera, maybe a magic LitRPG? And then I discovered xianxia and cultivation novels, and boy oh boy did that ruin anything I had planned.

So, eventually I decided I’d just have to combine all these different genres that I so enjoyed reading into one, huge story. I consider myself more of a “creator” than an “author” anyhow, so this idea kind of stuck with me, since I’d always planned on doing my own art to complement the original story, and ending up meeting some spectacular people who had been working on their own multimedia-type projects as well.

Of course, the biggest difficulty of trying to write something that is supposed to span everything from historical fiction to swords and magic and hard sci-fi is finding a way to tie everything together into one connected narrative, and honestly I feel like this is still beyond me. It eluded me for the longest time how I would be able to have the scope and scale of the story be what I wanted, while still having the actions of the characters feel impactful to the grand scheme of things. With the realization that I simply am not a skilled enough writer to pull something this complex off as my first project, I decided to shake it up even more.

Since all of the characters spread all across the worlds would inevitably end up feeling separate and distinctly alone in the plot for the beginning at least, why not broaden my skills while I’m at it. I decided that I would write each different lead character with a different narrative style, so each would be read entirely differently from the others and (hopefully) allow for deeper and different insights to the overall world. Since I myself struggle with enjoying POV changes in some of my favorite novels, this seemed like one way to help lessen that dissatisfaction or frustration when it comes to the inevitable time for a character switch.

EACH CHAPTER WILL BE RELEASED WITH (NUMBER/NAME/ROMAN NUMERAL) FORMAT to allow readers to easily follow whichever characters they want on their individual plotlines, as well as allowing those that elect to read every perspective in continuity. In addition, each chapter will have a poll with five or more different choices, which will allow you to choose the direction of the special bonus length monthly chapters, where you make decisions for YOU!

EVERY MONTH, THERE WILL BE AN INTERACTIVE SECOND PERSON PERSPECTIVE CHAPTER, with a direction chosen by readers. This format allows for the readers on individual storylines to help progress a character towards the areas of the world they are familiar with, or allow for a narrative they prefer. Seeing as the character in these chapters is one of the main characters in the cast, this will also allow for a feeling of plot progression, seeing as “it” is half of the overall plot.

Honestly, I'm extremely nervous to attempt this kind of format, since I haven’t seen something like it before, and I’m not sure how it will turn out. But, I’m very excited to see how it will all turn out, that is for certain.

Building a world the size I envision on my own is certainly going to be a difficult task, and I am a new writer, so please have some patience with me. I am excited, however, to announce that on top of doing my own art of the characters and environments, I am planning on eventually doing

CHARACTER, LOCATION, AND LORE ART FOR READERS/SUPPORTERS who would like to contribute or see their characters or ideas in the greater world. I’m not quite sure when or how this would be implemented, but the idea of having readers able to make characters or locations that are able to further flesh out the world is something I am quite partial to.

So, with all the fun chapter info and potential character creation stuff aside, the plan for release that this point is to start kicking things off with RELEASE OF ALL 10 PROLOGUE CHAPTERS

DECEMBER 1ST THRU 25TH. Yes, yes. 10 Prologue chapters. I know, it's a little bit much, BUT how else am I supposed to introduce all these characters to you all? :P

That being said, while they will be labelled as “prologue” chapters, do try to think of them more as introductory chapters anyways, they really serve as starting points and windows into the many facets of the world, more so than a vague plot device or anything like that. In fact, most character chapters will kick off right where the prologue leaves them, so you have that to look forward to as well.

They will also let me have time to write up the first (January) 2PP chapter with poll results, and get the one for feb started as well. I don’t really want to be releasing them a month late or anything, but I’ll be testing this system first just to make sure.

Anyways, that's all I wanted to share. There may be some important info pertaining to how to read so as to not get confused, and the schedule and whatnot in here amidst my rambling, so I’ll go back and highlight all that.

Thanks for giving this a read, and I hope you enjoy the story (once we get there!)