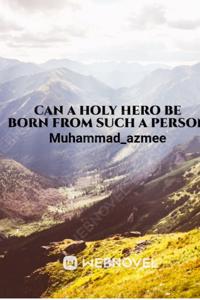 Can a holy hero be born from such a person?

Its a story about a young man name Azumi with her master Princess Alfin living in a fantasy world, can they fight off againts the oppression from various noble, chruch and sometime even their supporters?

The text is stilted.  Words are left out.  Sentence structure is awkward.  It reads like not only is this the authors first story,  but he/she is writing it in a language they are  not totally fluent in.   Here is an example from the first page.

"You know, with the pace you are going, you can actually outsmart most noble in higher education , if only I can persuade you and other to enter Athena academy" Alfin sigh sadly but Azumi quickly replied that it have more demerit as of now due to him being a little short temper when confronting a no good noble as he will most likely "lashed out"

The story is great and seems to be on a good path but there is dire need for a proofreader. If you can get past the grammer the story still has plenty of potential to be great.