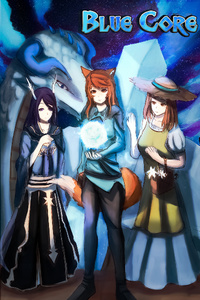 I refused to believe that the Chiuxatli didn’t have some way to get word over to us faster than a few hours before they arrived. Instead, I was pretty sure it was a case of begging forgiveness being easier than asking permission, since any sane person would reject taking in millions of refugees. Those numbers matched or dwarfed any of the kingdoms I’d seen save Ir, and while there were probably larger pockets of sapients somewhere on the planet, incorporating a whole nation’s worth of a different culture ranged from a really bad idea to actually impossible.

Regardless of the reasoning, the magnitude of the issue meant that it was no longer Iniri’s problem, but mine. I didn’t even wait for her to process fully, because I knew she’d try and figure out what to do without bringing me in. Not because she didn’t want my help, but because her role was to act as a buffer against normal political stuff so I wouldn’t have to deal with it. This was not normal political stuff.

“Yeah, that’s not a good thing. I’ll talk to them,” I told Iniri, where she was giving the Chiuxatli thunderously displeased look. “Just let me shake Shayma free of One-Eye-Green and I’ll summon them into the audience chamber.” Iniri smiled at that, and it wasn’t a particularly kind smile.

“I do not appreciate your Flight-Alpha’s invasion of Tarnil,” she said, and then ruthlessly continued onward past the wildly flashing plumage of the Chiuxatli and an attempted protest from the interpreter. “I am not completely unsympathetic to being driven from your homes by an invasion of monsters, but the threat that you have decided to pose means that Blue has taken a personal interest. You will deal with him.”

“Queen Iniri, we did not intend⁠—” the interpreter finally said, and Iniri waved a dismissive hand.

“He is not giving you a choice,” she said. I had to appreciate the tone.

“Hey, Shayma,” I said, interrupting her discussions with the Scalemind. My first probe had broken into a massive underground sea, which did brim with all kinds of strange life, but wasn’t what the Scalemind were used to. I was trying for another bore but in the meantime they were doing their best to understand the esoteric concepts of fishing. “I need you to act as Voice because the Chiuxatli are coming with three million refugees after some Blightbeasts messed up their homeland.”

“…what.” Shayma said, blinking as she took that in. “That does sound like an emergency.”

“Is there a problem, Miss Shayma?” One-Eye-Green asked, and Shayma favored her with a smile.

“Just a problem Blue has to deal with,” she reassured the Scalemind. “I’ll be back in a little bit.” She blinked over to the teleport point and transferred herself to her perch in my audience chamber, at which point I grabbed the still-protesting interpreter and his Chiuxatli. They popped in right in front of the dais and Shayma practically flattened the bird-people with my Presence.

“I want to know why I should allow the Chiuxatli to come here,” I said bluntly, and Shayma was no more diplomatic. Iniri had it right — I was sympathetic to their plight, but arriving here en masse without notice was not something that could go unpunished. It was an invasion that used civilians to pretend they weren’t coming with an army, which made it even worse than simply invading. Colored plumage flashed as three of the four individuals struggled to remain upright, only the interpreter being spared the pressure.

“My Lord Blue,” the interpreter began, “Esteemed [Slicer-of-Lies] Huyaceotl protests that he did not know anything of what was going on, and that he has not had contact with the Flight-Alpha for weeks. He agrees the situation is provocative, but does not have the authority to speak for Flight-Alpha Tlulipechua.”

That was fair enough. Assuming they were telling the truth, anyway, which made me think I ought to have Taelah around just to advise Shayma the next time I had an interrogation. No matter how I squeezed those three, they weren’t the ones making any decisions, though it was important they knew I wasn’t happy. It would make them more convincing when they reported to Tlulipechua.

“Tell Tlulipechua that before any of his refugees enters Tarnil airspace, he will come and speak with me. If he tries to invade, well, you have seen what I can do. That is all.” Shayma repeated my words to them, and then lifted the weight of Presence with a negligent wave of her hand. I took the cue and teleported them back to their tower before they could protest.

“I can’t even imagine,” Shayma said quietly after they were gone. “Millions of them? That’s more than the entire population of Tarnil!”

“I know. I really don’t want to have to kill that many people, but if they try to take things by force I will.”

“If they don’t? I suppose the Caldera has room…” Shayma said thoughtfully.

“Oh, I’m sure that they know that. The Chiuxatli were at the summit, after all. Though I wonder how bad it was if they decided that moving their entire population over an ocean, around the mage-kings, was a better idea than fighting back.”

“That’s a little terrifying to think about.” Shayma said. “But I guess a lot of people did leave when the mage-kings invaded.”

“There wasn’t much depletion outside the actual red core dungeons, either, so this is something a little different. Poisoning the land, I guess.” It was obvious why such a thing would force the Chiuxatli to evacuate. If anything, I should be marveling that the Flight-Alpha managed to get everyone loaded up and moving in such a short amount of time.

Some twenty minutes after I plunked them down in the weather tower, the scout went winging back east, so he was clearly taking things seriously. That said, if Tlulipechua was only six hours away, I was surprised I couldn’t see the force already. Though, they were clearly moving a lot faster than the mage-kings, if they’d covered twice as much ocean in two days as the mage-kings had in a week. Probably more, since I imagine they had to bend their path around mage-king lands. Still, I was pretty sure I’d be able to spot them from pretty far out.

That said, I still missed it at first, because it looked like nothing more than clouds out on the horizon over the ocean. Only after the clouds got closer did I realize that they were actually ships and platforms. Tens or maybe even hundreds of thousands of them, surrounded by Chiuxatli flitting between them. The line stretched for miles, a mind-bogglingly huge column coming up from the southeast.

As they drew closer, I could see they weren’t just hacked together floating pieces of wood or metal, or even oversized fortresses like Vok Lim had brought. There were intricately carved ships with sails above and below, blazing with a combination of different mana types and ranging from a crew of maybe four or five to probably multiple thousands for the huge dreadnaught at the forefront of the column.

That thing was heavily runed, all the way down to being stitched into the actual sails, and had weapons that looked quite a bit like the mana projectors the fortresses had toted around. It was also towing a number of floating platforms nearly as large as itself, each one festooned with colorful tents and swarming with the bird people. In fact, every proper ship seemed to have some extra platforms attached, though some of them were so small they could only support a single tent.

I was actually feeling a bit nervous as that huge armada got closer to Tarnil. Not because I couldn’t deal with it, though they were riding higher in the sky than the fortresses. I might be forced to [Starlance] them if they actually attacked, which of course would definitely work. It was more that I didn’t want to be forced to do so. Still, I started putting together the cores for new [Contained Stars] in case I needed them.

Fortunately the riotous colors of the Chiuxatli slowed down as they neared Tarnil’s shore, the column crowding in to spread out without actually crossing the border. I started making preparations to relocate all the coastal population yet again, just in case, but it seemed like Tlulipechua was willing to talk first.

It was pretty obvious who Tlulipechua was, partly because he had a lot of fancy jewelry on, not to mention brightly colored cloth tied around his wrists and ankles. Mostly, though, it was the fact that he was a full size bigger than the rest of the Chiuxatli, making him a fraction taller than Annit, though broader and quite a bit fluffier. His colors were also more vibrant than any of the others, which was saying something when they could flash some pretty eye-searing shades in the first place.

He took off from the dreadnaught, accompanied by a half-dozen others and holding a massive spear in his hands. Considering how much wind Affinity mana I could see swirling around inside, it was probably something like Iniri’s Torc. Maybe not an Artifact, but something pretty damn close to it.

The seven of them flew down toward the canal, taking advantage of the spatial compression to make the trip in a reasonable time. He and his companions were extraordinarily quick, their flight speed rivaling at least that of a prop atmo craft, so I called upon Shayma to take her place in the audience chamber again.

I thought that he might be going to see Iniri, so I was surprised when they shot out over the lake and aimed directly for the portal I’d installed instead. Between that and using the canal he clearly had foreknowledge of Meil, but the Chiuxatli had been around for a while so it wasn’t too unreasonable. The fact that they could fly sort of subverted the ascetic stair I’d put together, but oh well. They flew through it regardless, landing on the other side.

He was pretty impressive to my overlay, slightly higher level than Wright, even. Definitely fifth tier, and his title was reflected in his actual name in his Status. Definitely not someone to take lightly.

Shayma watched them as they walked in, Tlulipechua in the lead with the six others in a wedge stretching out behind him, or rather, like a small flock. Tlulipechua walked straight ahead toward the dais, and while some of his compatriots paused slightly, shifting a bit as if looking about despite their eyeless heads, he did not. Instead he stepped onto the dais and immediately knelt, the spear held down and sideways and wings spread out as wind magic sparked.

“Oh, great one,” Tlulipechua said through wind magic, the words thrumming and sighing. “Please, save my people.”

Enjoy the story?  Show your support on Patreon or SubscribeStar!