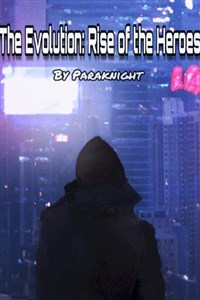 The Evolution: Rise of the Heroes

Student at the University of Eternity

The evolution of mankind was said to be limitless, from millions of years of progression, we have finally reached the top... or did we?

It is set in a distant future in where 36% of the world population is an Evo. A race who has supernatural abilities. It depends on them whether to become a hero praised by the masses, or a villian feared by others.

After passing the scholarship exam on the biggest University on the west, the University of Eternity and becoming the Top 1 Scholar of the Robotics Department, Jon Storm can finally begin carrying out the plan he had been penting up all these years. However things wasn't exactly going on his way.

The cover that was shown is not mine.

Student at the University of Eternity