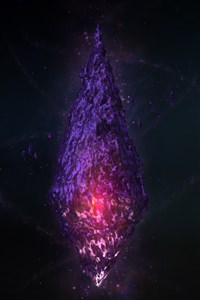 Remove Ads
Previous Chapter
Next Chapter
A note from sysBlank

Hi people, there is not much I want to say but the following.

Ayiana is not the mc.

I am not writing this story for you, but for me. I didn't even want to publish it at first but there may be some among you that may find it refreshing despite its obvious flaws. I got tired of the same templates over and over and the infuriating stupid protagonists, that is why I want to write my own story by my own rules. This is by no way done, and everything will be changed and more will be aded to previous chapters as I continue to write new ones. That said if there is a sufficient number followers I intend to open a patreon and dedicate more time to this novel.

One last thing, my english will improve with every chapter. Oh and leave a comment. Bye bye

The third princess of the Bel Kingdom, Aiyana Bel was felling very unfortunate right now. The smell of horses and unwashed bodies did nothing to lift her spirit. As the youngest of her siblings one may think she lived a pampered life, unfortunately for her that was not the case.

Aiyana did not have any intention on fighting for the throne, she had said as much to her siblings. Yet she was not left alone as she hoped, her family decided to get some use out of her in a way or another, and that is why she is now on her way through the hills and plains of the Helion Island south of her Kingdom. With the excuse of scouting in preparation of building a new stronghold on the island, she was sent on this quest even though her presence mattered not, after braving the sea for days and then the hostile island, what awaited her was nothing more ruins. The ruins looked as if they had been hit by siege spells for days before they were left as nothing more than a sad shadow of their former shape.

If the King wanted to build something here, he may as well start from scratch, it was nothing less than a miracle that there were still some walls standing.

“What could have done this?” I ask myself as if expecting an answer, from what I was able to find out beforehand it seems that the kingdom lost contact with this stronghold a hundred or so years ago. The king at the time, sent an investigation squad as soon he was made aware of the unusual silence from the island, even so weeks passed until the squad arrived. What they found out can’t be explained to this day, every building was broken to the ground, and stranger yet not a trace to be found of any human, no blood no swords, it was as if they just disappeared in thin air together with their equipment and clothes. To this day this island was considered cursed and the kingdom no longer wanted to send people here, yet here I am, the Bel Kingdom discovered unusual movement from its neighbour the Pira Kingdom, the bigger and hungrier kingdom started to slowly gather troops and the isolated Bel Kingdom was the perfect prey, surrounded by sea on three sides, its only connexion with the other kingdoms was through the Pira Kingdom. Aiyana could understand that if they build a new port on the Helion island it would be no small help, they could continue trade in case Pira closed its borders to the Bel and more than that they would have more options when considering military actions in case of war.

She understood that this quest was important yet why was she sent as a scouting party; she did not know.

While in contemplation it was nothing less than a miracle that she caught the reflection of light coming from the metallic point of an arrow before it was shot right at her, she threw herself to the ground before she even had time to think, and that saved her life. Her guard that was just behind her caught the arrow in his neck and dropped to the ground. There was silence for several long seconds before people started yelling and moving as fast as they could. Yet before they could do much, a valley of arrows came from the same direction, two of the closest soldiers threw themselves in front of Aiyana, saving her life at the cost of theirs. As the rain of arrows ended Aiyana was brought to cover with the rest of the survivors, from the one hundred soldiers and personnel that accompanied her around 30 were killed or were unable to move.

She was no stranger to violence, yet this has been the first time she had seen 30 people die in mere moments, she didn’t even know how she was brought to cover as she was stunned at that time. Yet the enemies had no intention to let them rest and create a defensive position, with the sound of yells and horses a hundred soldiers on horseback came out of the forest a hundred meters or so from the ruins Aiyana party was at, with more still coming. At this moment Aiyana knew that there was no escape, she and everyone else would die today and by the looks of the enemy attire the Pira Kingdom would be the cause, they even had their flags raised, she almost feels like laughing.

Yet, what happened next not even those present could believe what they were seeing.

As if a gigantic and invisible foot descended on them, the horsemen charging at them and a good part of the forest behind were pressed to the ground as if stomped by a gigantic foot.

The scene before her eyes will haunt her for many nights Aiyana knew, the soldiers and their horses were slowly being buried alive, their insides finding escape from every hole in their bodies, the scene was one of nightmare. From a distance it looked like a strange painting where the main colour was red was painted on the ground and after another moment only a mirror like surface remained, from the more than a hundred charging soldiers, no trace remained.

It was so silent not even the animals or insects on the island dared move, the pressure in the air was too strong, the bodies of everyone present were stiff as metal. If not for the fact that the world around them was being bathed slowly in a white light which became increasingly stronger with every second, no one would have moved for a long time. The spell was broken by yet another unknown phenomenon, the survivor slowly directed their gaze to the sky where the white light was coming from. There in the sky, a new sun appeared, a sun that emitted a white light.

Aiyana was scared, terrified may be a better word, yet she was awed at the same time by the beauty that followed the horrifying spectacle of just a short time ago, yet that light did not care about their feeling, nor about the people that died there, the light did not let them rest. Aiyana could see the light coming closer and closer and in an instant the sky and earth become connected by the light that seems to cut the from the sky to the earth. In the centre of what now was a mirror made of earth and corpses, a huge crystal found its place.

Floating just above the ground, unmoving like a mountain the beautiful violet crystal hovered, silence was the sovereign. Who dared move and who dared speak, in front of them the absurd happened and no one knew how to react, maybe one of the reason was the terrifying fear of something that could have killed so many people like they may have killed insects, while walking, without ever knowing about them. That is how those people expired, and the survivors feared that they too would be trampled if they dared move. Therefore, they would not move, they dared not move.