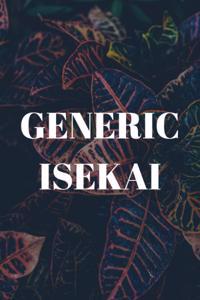 Re: Generic Isekai - An Isekai with a loooooooooooooong title.

Bob got hit by a truck and died. He then was reincarnated into a different world, where he built his harem, battled demons and saved the world.

The other day, I was actually reading some sprite comics I made in middle school where I did a lot of funny/random humor stuff and, as puberty set in, became increasingly edgy with dark characters and sexual innuendos and stuff like that. It's a little bit embarrassing when you read back at your old stuff from your teenage years, but it's kind of endearing at the same time at the sheer earnestness of how hard you were trying, and how badly you failed. More than anything, it's funny how unfunny some of it is.

This story works about the same way. It's probably really funny to read when you're 13, but it'll be blush-worthy to look at in six or ten years, and to outsiders it's just plain bad. Isekais are the new Sonic OCs I guess.

(Yes, I actually read through this story for some reason)