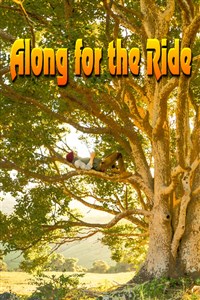 Along for the Ride

IV - The Death of Frank Trueheart

They said that when Frank Trueheart’s wagon reached the apex of the bridge, there was no forewarning until the ground beneath the wheels buckled and the horse screamed in its harness. The sudden descent into the rocky, dried out creek far below was not kind to Frank. Every passenger able to stand set to work unburying Frank and others from the detritus of the crumbled bridge. They said even Jaupis Landree, who never lifted an unpaid finger to help in his life, was there and in the line chucking pieces of rock and mortar. By the time Addison was retrieved, they had already laid Frank Trueheart, unconscious and battered, onto a makeshift sled and were pulling him into town.

They said to Addi that his horse was beyond help and had been treated with kindness. They said the accident was the work of goblins. Jaupis had inspected the point of failure on the ancient bridge and testified that the damage to the support structure was intentional and devious. The mayor reminded everyone of how he had suspected that the pinkys wished to lure victims away from town. Jaupis, who once had his doubts, concurred and nurtured the cries for violence. “Surely Addi will demand vengeance!” the agitated group thought as the young man huddled with the mayor and Jaupis; but the redheaded youth was calm with shock as he took the handles of the sled and refused further help. He said he was taking his dad home. He said he wanted to be left alone.

Addi’s knees pulsed waves of jagged glass throughout his back as he knelt over the beaten, swollen form of his father. Frank’s eyelids were purple bags and stirred erratically. The Old Doc from the Woods had been coaxed out to visit the scene of the broken bridge to triage the wounded. He said Frank Trueheart’s skull had suffered a series of blows and that his brain was inflamed and bleeding. He said that Addi’s dad would not wake up. He said there was nothing to be done. He said more but Addi had heard him say enough.

The evening sky had exhausted all colors in its palette and the weary sun lingered past its time behind the Trueheart farm. Frank’s breath came and went in shallow pulls and though he had been silent since the crash, the fading man grunted out fragments of a thought.

“…with you. with you…maggy please. please.”

Frank Trueheart passed as the night conquered day; the worst day in Addi’s young life. Crickets and toads chirped in harmony and sang a summer dirge outside the cabin’s lone window. As his dad spent his final moments sharing pieces of a dream and calling out to Addi’s mother, the young man wanted to say many things. Too many things. “Sorry for not coming along with you today. Thank you for taking care of me. I’m sorry this happened.” But the words were locked away and so he held his father’s hand and he said nothing.

Much smaller word count than usual but felt it was in the best interest of the story to allow this chapter some room. Also gives poor Addi some time to sleep. Maybe =)

Support "Along for the Ride"

Bio: Thank you for taking the time to read my submissions on this wonderful website. I have recently committed to pushing myself within this hobby that is so difficult and rewarding. Any comments, questions, gripes, complaints are welcome. Enjoy!