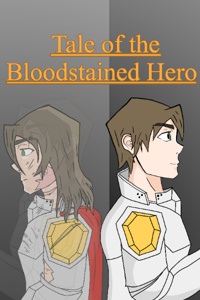 Recently after being pulled from his unfulfilling life as an illustrator, twenty two year old Cyr is dropped into a mysterious fantastical city in a strange new world. With the help of a power granted to him by an apparition of his previous self, Cyr slowly begins to understand the purpose his newly-granted life holds as a series of escalating dangers are thrown in his path.