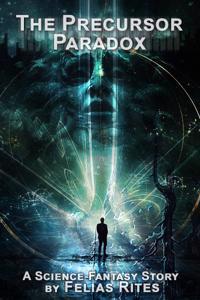 Mankind. Their legends are legion amongst the stars but most agree that their empire once spanned a thousand worlds. The myths speak of stellar mages and their battles against primordial beasts to bring life into a barren universe. Whatever their story, the humans vanished and left behind wondrous wrecks of ancient technology. In times of desperate need, some may claim, they will return once more.

If those voices are to be believed, an ancient space station at the border of the galaxy speaks ill portents. Waking from a slumber aeons long, it brought with it the last of the humans it had kept in stasis.

Enter a story of magic and technology where mages battle with lightning and spaceships alike. Follow along as they explore the remnants of their golden age and rebuild their civilization from dust. They’re the paradox, the precursors come back to haunt the present.