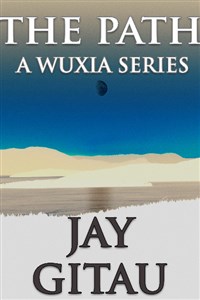 Of all the worlds, of all of the parallel dimensions, the people and the many races of people who live in the 3000 major dimensions, there are very few who have the opportunity to escape past the barrier of their own dimension an ascend to a higher dimension.

There are even less who walk the path to completion. To become something greater that human. To ascend and escape their mortality.

The few who do escape are the immortal beings of legend.

One orphaned boy has the chance to achieve such a legend.

His name is Jian Ru, and this is his path through the world of martial arts.

The Path is a Wuxia style story set in a Sci Fi mortal world.

Follow this series and the 1 chapter (minimum) posted daily.