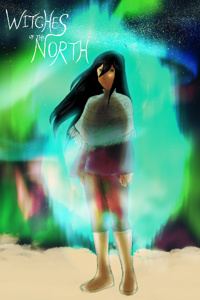 Witches of the North: Book 1

Things look bleak for Christopher Hawks, a pretend human living at a boarding school in the Unfrozen – not only is Chris nearing the stresses of the end of his high school education, but last September he shattered the legendary sword of the kingdom of Northland, became the accidental heir to its Throne and is now being tracked down by the elite Hunters – all events being a result of a few unfortunate choices made in order to help a Witch named Winter (who, in turn, also received help from a Witch named Ian).

Now, Chris, following Winter’s lead and dragging along a few others with him, is on his way to (reluctantly) reach the current Queen and challenge her to a duel. But it seems that Winter is more than impatient – could there be a deadline to their mission? And why does everything seem a little too easy?