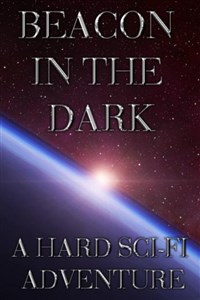 Beacon in the Dark

After Humanity achieved the ability of Faster Than Light travel  for a long time we expanded rapidly across the galaxy believing that we were alone.

It has been over 100 years after the catastrophic event known as "The Miracle War". After the chaos that followed the fall of the Terran based colonial empires the situation in the core systems of humanity settled down with 4 major powers and a lot of of minor ones establishing control in different parts of human space ,vying for power and resources.

Earth's era was over and an era of competing interstellar powers had begun.

Now amidst tensions between the major powers of the Core worlds ,rising space piracy and mysterious disappearances of ships in the edges of human space , a young man living in a mining colony is joining  his first mining expedition.

This is my first time writing something longer than a short story in english.I have plans for this novel to be part of a sci fi series i have had  in my mind and been expanding for years but never before had the courage to share with anyone.What you can expect is lots of action with  interesting tactics,grand strategy and a bit of politics all set inside a ,hopefully, well developed world.