(I’m probably going to talk a lot in this post, so I’ll bold the most important pieces of information. Read on if you want the full context.)

It’s been a while, hasn’t it? I haven’t published a chapter since last July, and in the intervening time I wrote another private project, dropped it because it wasn’t very good, and repeated that process at least three more times. Each time I got a little better at writing, but there was always something that felt inadequate about my stories. It was hard to push my attention span beyond 30 to 50 thousand words, which also made it hard to feel like I was really achieving something. That’s not to say I wasn’t learning—I definitely was—but I never got far enough to have something that I felt was worth sharing. With that said, I’ve come to give you some delightful news:

I put a lot of time and energy into writing this story, and it’s got a pretty hefty word count. Of course, that’s far from the only thing that matters, but I don’t want all that work to go to waste, either, and I definitely think there are good ideas in this story that I could do more with. However, there are also a lot of bad things in MD (or just things that I no longer like).

So, I am rewriting and heavily editing the entire story from the beginning.

I’m currently somewhere in the mid chapter 30s from the old version, and wow—there’s a lot in this story that needs help. I’ve developed a lot as a writer since I started MD, and I hope that the new version displays that progress. I’ve cut pieces, rewritten a bunch of material, and heavily edited every chapter I’ve touched so far. I have several goals with these changes:

Those are my goals. Will I achieve all of them? I don’t know, but I’m going to do my best. I’ve been working for a few months now and made a lot of progress and a lot of changes, although given my job and the pandemic, it’s been a bit slower than I would have liked.

So, what’s next? When will you be able to read it?

I have posted the full first chapter of the new and improved Margrave’s Divinity here. I’ve also removed all of the old chapters except for this post from this fiction. I already have a new cover from an awesome artist, which you can take a quick peek at below. I love the person who did the old cover, but frankly, that was another thing about the old fiction that bothered me. I really don’t like the cover, but I felt bad about trying to get another one. Anyway, in addition to posting here, I’ll be posting on Reddit Serials, which is an awesome community that you should definitely check out (find Margrave's Divinity on RS here).

Unfortunately, because I’m starting from the very beginning, it’s going to be a while before I get to writing truly new content. I have 21 of the new chapters finished as of right now (6/21), and they’re generally twice as long or longer than the old ones since I’m combining and fleshing out a lot of them, so I’m going to be posting good-sized portions of them twice a week on Thursday and Sunday at 8am Central. This may change as my backlog builds up, but it is also dependent on my productivity. Again, between my job and the general stress of existing, it’s hard to be sure of how much I can get done, so having a backlog is the safest way for me to maintain a consistent schedule. If you would prefer to wait and pick up where the story left off before hiatus, feel free to do so. I’ll make another post here with a list of the most substantial changes when I reach that point.

But yeah, there you have it. Margrave’s Divinity is back from hiatus, though perhaps not in the form you expected. I'm a little nervous about it, but I really hope you like it. 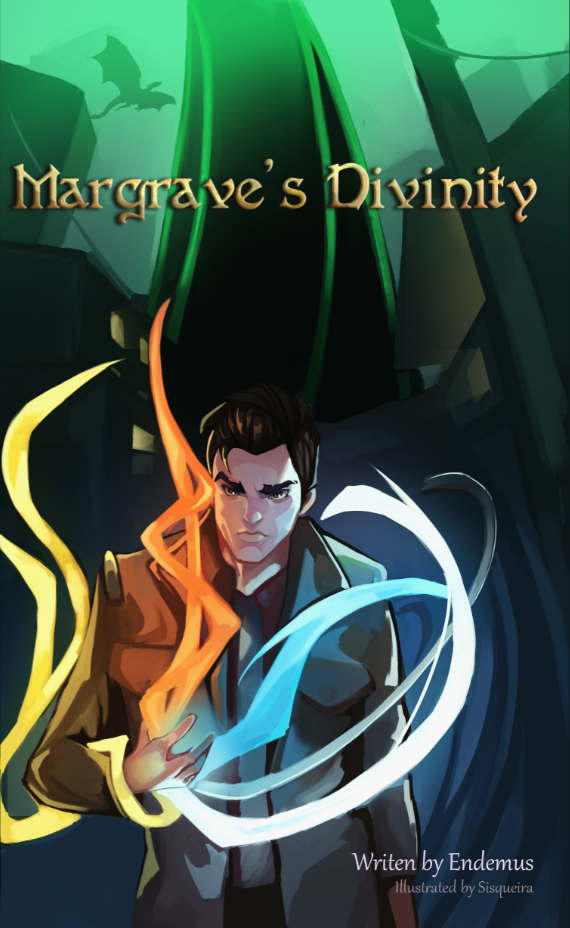