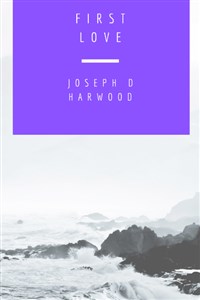 A long-awaited reunion of two former lovers. James a now married man encounters his first girlfriend on the streets of a foreign city. Years have separated them as time often does, but how much has it diminished their love? Or has it grown in that time? How will James face his lustful desires when faced with the girl who owns the flame of his old passion?

There's something in this short story that could be here, something that could be mined for great success, but as it is now, it's just some events that happen, and then they end.

I think the main character's name was mentioned like, once, in passing. This is evident of exactly how the story is going to play out. None of the characters have any personality, any real history, and moments that hook you. For a short story, where in just fifteen pages we're expected to consume an entire tale, this is a fatal error.

This story does a kind of minimalist approach to storytelling, focusing almost exclusively on the dialogue between the characters rather than their actions or the descriptions of the world around them, or anything in their lives. However, this works against it because we get nothing to latch onto to care about, and it actually completely undermines the crux of the story: old flames meeting again after a long time apart.

We get absolutely no information about Lexi, this woman who used to date the protagonist decades earlier. What does she do? Why is she in Sapporo coincidentally? Is she Japanese or American? (she speaks perfectly fluent English, and her name is Lexi, but she is living in Japan, and sometimes has kind of rigid language that could be taken as "person writing an ESL character" I guess) Why the heck is she so instantly smitten with this dude that she dated so long ago? He seems so much less into her than she is him, and it feels really weird because we just don't know enough about either of them, or about their relationship together, or how they feel about each other.

Minimalism is good when it works, but it doesn't work here because the focus is on dialogue and expositon through dialogue (e.g. "Man, what a crazy meeting we had all night! I'm glad it's over now!" "Yeah, me too, now I can go to that date I had planned."). Almost no picture of what summer in Sapporo is like, or any prose that evokes emotion of any sort. Nothing lasts, and the climax feels, rather than like a culimination, like a moralizing message.

The framework is here, but this needs a lot more to leave an impact.