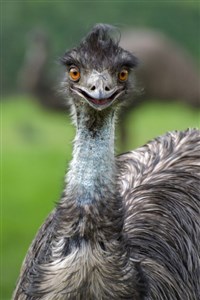 The God of reincarnation has brought to many idiots back to life with ridiculous wishes and the high council is sick of it messing up their worlds. So a new God was brought in. One that actually made people earn their new lives.

But the actions of this unknown deity cause a boy's life to spiral out of control. After a tragic incident, the boy meets the diety where he requests to be able to fly. To accommodate this desire he allows the Boy to complete his task in the body of a random bird.

There's only one problem, this bird cant fly.

Follow the voices in the boy's head as he struggles to survive and grow stronger so he can get the life he always wanted.

Criticism would be great. I also have heavy dyslexia along with some other metal 'uniqueness' so this whole story is a big F you to it but I am sorry for any and all inevitable mistakes.

A lot to improve.

This story has an interestingly unique style. As this book is still so young, I cannot judge it ad thoroughly as i would like, but no matter.

This review is as of chapter 8.

the writing style is okay, but not at all the best I have encountered. The dialogue is a little forced, and sometimes the story is hard to read (in an entertainment sense) as it drags on quite often. It does get the general message across though,  so it is a lot better than some.

The story feels a little too  forced, and I find myself questioning about why the writer chose to add some aspects which seeminfly have no real reason for being there.

The writer obviously put some effort into the grammar, but not nearly enough. I would recommend reading through the chapters to correct things that dont make sense.

the first thing I would like to mentire about the main character, is: why would a mental illness transfer to another body? I understand the multi personality disorder being taken across, it's the dyslexia which annoys me. Below, I shall show the reason dyslexia happens. I understand some parts if your reasoning (if you thought about it), in the fact that it varies because of how people perceive things, but there are multiple different things too far off for me not to be bugged about.

As you can see, the brain itself processes the information differently, and a person cannot completely manage all brain activity, or elie mental disabilities wouldn't exist.

However, it is not a very important detail, as most people won't really care for such things. That, and the fact that just because it bugs me, doesn't mean you should change it.

DO WHAT YOUR CREATIVE HEART DESIRES!

Another detail on the main character/s, is that their speech is blocky,  and has no flow. As well as this, they are all extremely steriotypical, and are very 2D.

Try to vary your characters a bit. Say if red has a passion for surfing, as well as killing people. It may be that green is secretly in love with architecture, or maybe grey likes to write. Mundane things that show up in casual conversation.

You don't have to use my examples, but you get the point. People very rarely center their entire personalities around 2 or 3 topics, and if they do, they either really, really, need mental help, or they're lying.

I hope this helps, because although I criticise a lot, there is huge potential in this story and I would love to see it grow. :)

Good luck to you, author!