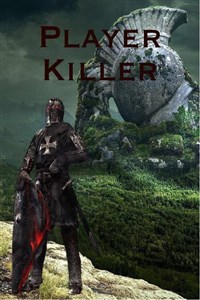 The tall trees blocked out most of the sun, and the thick fog filled the rainforest, further reducing what one could see. The air was so thick and humid that Wilbert felt as if he could drink it directly.

After dispatching those two players, Wilbert had continued his journey north to the Frost Gale Republic.

Although Wilbert was able to travel faster than before he first saw the boxes, he found that he tired almost as quickly. Previously, the path to Fluebridge had been well paved, and the journey had not been long. Thus, he had been able to make it in less than half a day without taking a rest.

However, the path north was not as smooth. He had heard some travellers mention the Jante Rainforest, but he had not expected it to be so vast and its terrain so complex. Thus, after smoothly reaching the edge of the forest in just five days, his two days in the rainforest had been the polar opposite—hard work with next to no progress.

The Jante Rainforest was the true heartland of the continent; it was the centre of the central region, and even though it was not much further north than Fluebridge, the weather was drastically different.

Inside the natural greenhouse, Wilbert could feel his damp shirt sticking to his skin.

'I was reckless. What the hell was I thinking?' Wilbert berated himself as he fought his way through the bushes. 'Travel to some distant kingdom after some military officials taught me a few moves? Am I an idiot?'

With every branch that he brushed aside, at least one small insect would crawl onto his arms. At first he would slap them or flick them off, but after spending several hours in the forest, he had quickly given up.

As he wafted a particularly annoying fly away from his nose, he muttered, "What am I even doing? I can't go back. Even if I wanted to, I don't know how—without a clear view of the sky, finding my way out is impossible.

"I can only keep moving forward and hope for the best."

A shimmer of determination appeared in his eyes. 'Yes, I can only keep moving forward and hope for the best.'

Those were the same words, but to Wilbert, they had a completely different meaning. 'I don't know what I'm doing, nor do I know where I'm going, but I know what I have to do—I will find the bastard who killed my parents and make him pay.'

Thinking of that bastard, Wilbert remembered something, and a frown emerged on his forehead.

'When I killed OldestAndWisest, I seem to remember seeing a level by his name—it was thirty-something. Now, I don't know for sure what a person's level signifies, but, as much as I hate to admit it, there's a possibility that it is proportional to each person's strength. That man is probably double my level, so if I faced him now, would I be able to kill him?'

Wilbert's level was only 18, so if that really was the case, he would stand no chance in the face of that monster. Thinking back to how easily he had killed those two bastards recently, he could not help but imagine himself in their situation.

'I cannot end up like that. I need to be stronger.' Knowing no other way of getting stronger, Wilbert found a spot with slightly sparser greenery to sit down before muttering, "Stats."

The familiar box opened up in his eyes, showing the same information as the last time he had looked.

He studied the box, looking for anything that could be used. 'Hmm. Unassigned attribute points could be useful—unassigned means that I can use them somehow. That's certainly one to look into.

'With these abnormal statuses, I don't understand what [Bug] is or what these developers are, and I can't exactly go back and stop the tragedy, so I don't see [Moderate Madness] going any time soon. Thus, it's safe to say that I will forever be '-2 WIS', whatever that means.

'Titles seem to improve my attacks under certain conditions, but it doesn't seem like it's something I can improve. Then there are skills. I know from experience how powerful these skills are, but I have a feeling that I can't just practice any random movement and make it a skill. I'll have to try testing that one.'

Of the information on the stats box, Wilbert could only try strengthening himself by finding more skills, possibly by levelling up, or by using his attribute points.

"Help, what are attribute points?" Wilbert muttered. He felt stupid talking to himself, but that was the only way he knew to control the boxes.

The moment he finished speaking, the help centre opened up again.

While he was absorbed in looking through the information in the help centre, the fog dispersed, and what little sun made it through the canopy was constantly decreasing. It was late.

Going from one extreme to another, the chilly nights in the rainforest were a stark contrast to the blistering, humid days.

As he shivered, Wilbert noticed the changes around him.

'It seems I've been reading through all this for quite some time. I need to find somewhere to spend the night. I have a lot to process, and I don't want to have to search for a solid spot when it gets much darker.'

Remembering what he had learnt in his village and his experiences the night before, Wilbert looked for a firm, thick tree and started to climb it.