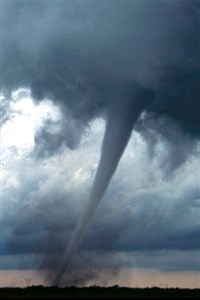 That was the third time Satoshi was thrown out of a blacksmith shop.

(What am I doing wrong?)

He tried to follow the same logic he did to find a run-down looking alchemy shop, but in every small and old smithy he went to, the owner would throw him out as soon as he would ask “What do you have?”

Tired and in no hurry, he decided to postpone his information gathering and looked around for a place to eat, and maybe collect more information if possible.

He found a noisy tavern nearby and went in. Now that he was relatively proficient in their language, he didn't limit himself to secluded places.

As expected at the time of day in a place like that, beast people were drinking and laughing and enjoying themselves. He found an empty seat near a pair of beastkins; a dog person and a fox person, both men.

"Mind if I join you fellas?"

The two beastkins laughed loudly at the dogman’s joke but no one in the tavern paid them any mind.

“I’d kill myself if I had to eat grass every day.”

The two laughed again at Satoshi’s comment and he used that as a cue to sit himself on the empty chair.

“A mug of ale for my hooded friend here!”, the dogman shouted for the tavern workers.

“And some smoked steak!”, added Satoshi.

It was obvious that there would be discrimination between the various beastkin species seeing that meat from the animal counterparts of the herbivores was available freely like this in taverns and restaurants.

“So friend. Why hide your ears?”, the dogman asked bluntly. The carnivorous species weren't exactly known for their discretion and the ale only made it worse.

Satoshi’s hood covered half his head so his face was visible but no one could tell his species. Well, they could at least tell that he wasn’t some of the species, like elephant people who had small trunks instead of their nose or the rodent species who had two large front teeth.

“Lemme guess. Something to do with the elementals?”

The fox man said without bothering to lower his voice. By now, the fact that two elementals had appeared in the kingdom out of whom one had been killed and the other escaped, was well known. In fact, right after Satoshi had left, an emergency had been declared throughout the kingdom, and folks were asked to not leave their houses. The curfew had been lifted just a week later but people had their apprehensions and it was a topic on everybody’s tongue.

“Man why the heck would we know anything about a stinking elemental? All that shit has got everyone on edge.”

The dog man slammed his mug on the table.

“I can’t even believe it’s true. I mean, I’d heard stories but I thought that’s what it was; a story.”, The fox man added. He was milder than the dog man.

“But now that the curfew has lifted, doesn’t that mean that it’s over?”, Satoshi suggested.

“Who knows what! I’ve been mugged thrice in the last two weeks. Those thugs are a bigger problem than a handful of elementals!"

The thugs had indeed increased in number now that people were scared and there was less work around. Even Satoshi had been finding it annoying now since most of them didn't have anything on them for him to steal.

"Even though he says that, he beat up all of them.", the fox man added.

"A bunch of kids waving around kitchen knives.. ughh.. I don't even feel good about beating them up.."

Well, thrice in 2 weeks was indeed a little too much. Satoshi had a feeling it was because he had hunted the thugs in nearby districts so much that they came here.

"What about you mate? Why the interest in elementals?"

"Why not? They're a legend. And legends are interesting."

The dogkin slapped Satoshi's back but it made almost no sound. He felt weird, as if the man's back had a puff of cushion on it but forgot about it as he momentarily choked on nothing.

"You wouldn't say that if you had seen what the fire elemental did.", Satoshi interjected.

"No way.. did you see them?", the fox man asked back in a low voice, surprised.

"I didn't see what happened when it happened but I saw the aftermath. The feeling can't be put into words. It was just…", Satoshi pretend-shivered, "destruction."

The dogkin took a big swig from his mug.

"Well, I'll be damned.", he exclaimed as he slammed the empty mug.

"I'm just starting out on learning about weapons and stuff. You know anywhere I could find out about those things?", Satoshi asked the fox man. The dog man was clearly not suited for answering a question like that.

"I'm surprised you don't already know. I thought everyone knew."

"Or are you talking about enchantments?"

"Ya those.", Satoshi had no idea what the fox man was talking about but just went along with it in hopes of learning something new.

"I don't think you can learn about those anywhere really. The information is heavily regulated by the government."

(That doesn't tell me jack about what they are!)

"There has to be something.."

"The only way I can guess is to join the military under the mage division. They must know something."

"Or try one of the fancier blacksmiths. I've heard there are some that sell enchanted gear near the nobility areas."

"I haven't really been having much luck with blacksmiths.", Satoshi remembered his day of being asked to 'get out'.

"I had heard this area was famous for having a number of smithies but they just throw me out when I ask them some questions."

Both the beastmen laughed at that.

"You're not from around here, are ya mate?", the dogman asked, leaning back in his chair from the laughter.

"Well, no. So I shouldn't ask questions?"

"The blacksmiths? Hell no.", The fox man answered, "They are men who forge weapons. There's no way they'll answer questions for you."

(Is that another 'common sense' around here?)

Satoshi had encountered a few such cultural gaps and was too used to it to be surprised at this point.

"Seriously mate. Where'd ya come from to not even know this?"

Having had his share of laughter, the dogman asked in a serious tone. The fox man was curious too so he didn't interject.

(So that's it for this conversation.)

His unwillingness to reveal about himself would always bring an end to his information sessions. It was a little annoying but he was slowly making progress.

Satoshi got up to leave.

"Hey where are you going? We're not done yet."

The dogman also got up and swiped at Satoshi's hood from the back. He almost got it off but a weird wind put it back in place. But the dogman had got a glimpse and even in his intoxicated state, he could immediately tell those ears apart from any beastkin species.

Satoshi turned to the dogman, smiling.

It was clear from the dogman's expression that he'd been exposed. Thankfully the foxman had been behind the dogman and was still in the dark.

“---!”, the dogman tried to scream but he choked as air refused to come out of his mouth.

Satoshi could almost smell the fear wafting off the dogman. It was tingling his sadistic side but alas, he couldn't act on it in this crowd. So without saying anything, Satoshi just turned around again to leave.

The dogman turned to the foxman to tell him but again no sound came out. The foxman looked at him confused. He could tell his friend was panicking but for the life of him, he couldn’t guess what.

The dogman tried to say something, tried to scream to no avail. He pointed at the robed elemental leaving the tavern but the only response he got was..

“What the hell are you doing? I’m drunk, but not that drunk.”, the foxman thought the dogman was trying to make fun of him.

The dogman turned around. In his intoxication, he suppressed his fear subconsciously now that the elemental was out of sight. Without a second thought, he followed after the elemental. The elemental had somehow taken away his voice and he needed to get it back even if he had to do it by force.

He came out in the nick of time to see the hooded figure walk into a dark alley.

He screamed in his head for the elemental to stop and face him like a man. He ran after him and as soon as he turned into the alley, all sounds disappeared. In the next moment, a brutal wind flung him into the sky so fast that one might think he teleported, if anyone was around except for Satoshi.

Satoshi came out of the alley and simply went on his merry way.

“If he were a catman, I could say curiosity killed the cat.”, he joked to himself.

Somewhere in the forest near Domania...

“The Lord is angry! Repent brothers! Or the Lord will starve us!”, a hyena man in weird religious clothing addressed his brethren.

“Forgive us, oh Lord. Thou art the mightiest. We art thy servants. We beseech thee to bestow upon us thy grace.” a dozen hyena men prayed towards the makeshift altar made of beastkin bones.

Suddenly, a dogman’s body fell nearby, delivered straight from the stars.

“The lord has heard our prayers!”, the priest shouted and all the followers jumped at the corpse to satiate their hunger.

“Place the bones with the rest of them when you are done.”, the priest ordered the group before jumping in himself.

Unknown to Satoshi, his habit of flinging bodies to dispose of them had started a new religion.