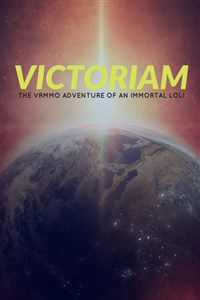 Victoriam: The VRMMO Adventure of an Immortal Loli

She had been there since the beginning of mankind, she had lived amongst them, through famine, tragedy, and wars. For thousands of years, she had seen them weep, rejoice, and hate. At the beginning of the 21st Century, she had already grown tired of it all, but death seems to never come, but even she cannot take her own life, not that she wanted to, she hated pain the most.

But all of that changed when she read a novel, a story about virtual reality, she found it interesting, a new world, an escape from the harsh reality she had lived in for so long. But at the time that technology is non-existent, so she waited.

After half a century it finally came, a full-fledged completely virtual reality game, the game called Victoriam. Finally, she can live a new life within this new world.

Reviewed at: Chapter 2: The Welcoming Rites

So currently there are only 3 chapters but so far it looks solid, kinda wish this wasnt on hiatus cause it seem like a really interesting concept