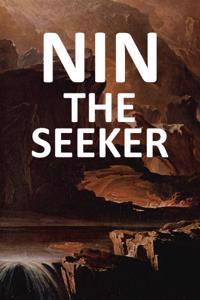 Nin is a rabbit on a pilgrimage. There's a truth that beats within his heart, a truth that Nin can't even describe. If he could but just attach a name to this truth, it could mean the salvation of all rabbit-kind. He travels the world, meeting strange creatures with curious customs, learning their ways - all in hopes of uncovering this truth behind all truths, the secret behind all secrets.

Short tales from the life of Nin.

My first impressions was of fables in biblical style. Well, it was pretty accurate.

For anyone who likes story given in bite sized pieces each describing an event like a flow of memories.

Final impressions? Not a bad read.

The Biblical tale of the rabbit prince Nin

This is a rather different type of story, not of the usual kind, this story is rather biblical in nature, as the rabbit Nin, who is the MC of this story, sets out to find out to learn, to find the out the truth behind it all, and that biblicial style really shows itself at times.

Due to how it is written, it cant be compared to other stories on royalroad, as it is just that different from them, i like the approach taken here, even if at times i feel like it could have done better.

It is a story told bit by bit, with no true overarching plot, rather a collection of tales, of what Nin finds and those he meets on his quest for understanding.

So far flawless grammar, no errors with it to be spotted, so keep it up.

Dont think the large amount of chapters means anything, as they are very short and can be easily read in under a minute each, and then there is the release rate, which is once a week, it may seem to be an extremely slow release rate for a story with chapters of this length, but personally i do not mind, this is just something to read when i have time.

I recommend giving this story a try, its rather special in how it is written and thus for that fact alone worth a read, it also will not take long to catch up to the most recent chapter.