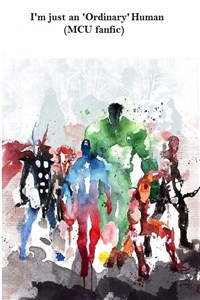 Quite naturally, the Atlantean rescue team came back with crestfallen expressions.

"I apologize. It was my fault. I couldn't do anything as they separated me from her."

Queen Dorma splendidly apologized with an award-winning Oscar. The soldiers couldn't help but bow their heads along with their Queen.

"We couldn't find her anywhere. We even asked the Lemurians who took her away, but we didn't get any response. I'm afraid..."

Queen Dorma halted Colonel Dakkor's sentence. She shook her head to indicate not going any further in consideration of me. It was a kind gesture.

However, since I already knew their evil plot which I explained last chapter, I know that all of this was just to make me attack Lemuria even more.

"Is that so..." I muttered while pretending to hang my head down. "Please leave me alone for a moment."

"As you wish." Queen Dorma apologized once again and retreated with her soldiers. That smirk on her face when she turned around didn't escape my [Clairvoyance]. Like husband, like wife. What a rotten couple.

An hour passed and I finally decided to face Queen Dorma.

"I heard that you would go back to Atlantis a little while later."

"Yes, that is right. I cannot worry the citizens much longer. And there's a possibility of the Lemurians finding this cave too. So we cannot stay here for long." Queen Dorma adopted a regretful expression while explaining in a soft voice.

"I see." Nodding, I pretended to make a resolute face. "In that case, please go back without me. I can't leave yet. I'm going to find Lynn no matter what."

The Atlanteans were bewildered as I threw in that statement.

"That's suicide! What if the Lemurians found you? You can't face them alone while finding her!" Colonel Dakkor was the first to respond.

"Finn, please think this carefully. No matter how powerful you are, you can't do it alone. Let's go back to Atlantis first and I promise you, we'll come back to find Lynn." Queen Dorma supported him.

Ahh, I know all of you were just pretending, so let's just get to the point.

"It's either you help me or leave. I will find her even so."

Queen Dorma and Dakkor fell silent when I said so. Well, if this was just a normal scene, they would obviously choose to go back no matter what. They can't risk the life of the Queen just because of some humans that they met a couple of days ago. However, since this is their plot, they would naturally do whatever they can to succeed in destroying Lemuria.

At last, just when I turned around, Queen Dorma finally raised her head from pondering.

"Alright. Since this is your choice, I cannot do anything to stop it. However, we are in this situation because of me so I can't help but feel responsible." Queen Dorma glanced at Colonel Dakkor so he nodded. "We will lend you our whole battalion to make sure you return safely. This is the best that we can do. I hope you the best of luck."

After that, Lt. Folma and 4 Atlantean soldiers were left behind to guard the Queen. It is noon right now, and before dusk, if I still fail to come back with Lynn, they would go back to Atlantis no matter what. I guess this is their countermeasure in the case that I failed to destroy Lemuria.

With Colonel Dakkor in the lead, we rode the 4 Transport Turtles to Lemuria. Because their attack was not too long ago, the Lemurians were still alert as we instantly got intercepted by four Patrol crafts.

However, just before the Atlanteans could do anything, I used a flashy explosion magic and blew up the Patrol crafts. The explosion reached the ends of the city, that's for sure. Colonel Dakkor and the soldiers were surprised and looked at me like I'm a monster.

Before Colonel Dakkor could continue his complain that it's too flashy, a battalion of Lemurian soldiers in a similar Transport Turtle is already making their way here.

All is still according to plan, I see.

Mixed in with the Lemurian army were several Patrol crafts and a new craft that looks like a crab. It was shaped like a tank with two crab pincers on front. The craft was also heavily armed like a walking fortress.

I destroyed those Pincer tanks first with [Glacial Spears] since it looks troublesome. The Atlantean soldiers recovered their composure a little bit seeing that they were still no match for my magic. The two armies then clashed.

Approximately 50 Lemurian soldiers rained down their ray beams at us while we did the same. On a careful observation, this battle looks like Star Wars in underwater instead of space.

I made sure to take my time eradicating the army with ice spears in excuse of my magic being limited. Colonel Dakkor was a little disappointed hearing it so he proceeded to take the battle more seriously and ordered his soldiers.

They first targeted the troublesome Patrol crafts all the while dodging the Lemurians' ray rifles. It's a good thing that there are so many reefs to hide in here.

A little while later, the Lemurians were all defeated with a little casualty on our side. Colonel Dakkor seems like he just ate a bitter bug as he looks at the fallen Atlanteans.

However, just before they could sigh in relief, a bigger Lemurian army appeared on the horizon. It was at least several battalions with more Patrol crafts and Pincer tanks. The Atlanteans paled at that sight.

"Hey, human! Use your strongest magic! Now!" Colonel Dakkor screamed at the top of his lungs.

I was already far away from them, using my [Clairvoyance] as I observed them clash with the Lemurian army.

"No way..." Colonel Dakkor muttered as all strength left his body.

Directly killing them would be too kind of me. That's why; I planned to watch them fall to despair first before watching them die.

"I hope you would be pleased with my gift." I adopted a smirk crueler than the smirk King Namor and Queen Dorma made.

With that, I teleported once again to where Lynn was.

Bio: A young human boy aspiring to be a writer.