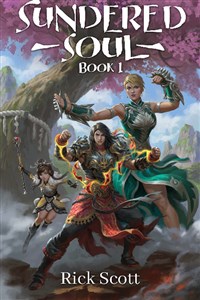 One of the better Xianxia

Near perfect execution of a genre filled with copycat trope-monkeys.

I've gotta hand it to Mr Scott. He's done an excellent job crafting a unique plot that largely avoids some of the most overdone tropes in this genre. So far, he has a fractured main character with an unknown, dark past, surrounded by equally broken, real people.

He is no prophesied hero. He is not surrounded by overpowered lackeys. Fate is not his mistress.  And yet, he takes the opportunity given within his cultivation world to carpe his own m*****f****** diem, despite being the piece of the totem pole that's buried in the dirt.

Sure, the trope-filled xianxia stories can be fun, but the ones that truly stand out, like this one, melt the mould down and forge it anew, in the image and direction of their own choosing.

Give this one a read. Let it raise the bar for you.

Slow and frustrating to read

This story has a very interesting take on the Xianxia type story but there is little to no substance to any of the characters and the story progress is incredibly slow. I read up to chapter 38 and barely anything have happened in the story that couldn’t have been told just as well within 10 chapters.

The characters lack depth and often times contradict themselves with their actions. For example the MC has everything stolen from him and what is worth more to him than anything in the world by this guy who has been treating him terribly for the whole story to the point where they have been in fistfights and yet the MC has a 2 paragraph long conversation with the guy which mainly consists of the guy insulting him and suddenly the MC doesn’t have anymore problems with the guy.

This story starts out kind of slow, the reader knows from reading the synopsis that there is something special about the MC, but it isn't revealed until the late teen chapters. This does leave room for the world building to be fairly comprehensive and by that point, you can already understand the dangers to the MC and why his power has been kept secret.

The grammar is great and doesn't detract from the story at all; as far as I can tell on a first read through without looking for mistakes, there have been few to none.

The character relationships are surprisingly a little shallow. You have the typical teen rival, the potential love interest, and a mentor of sorts, but each of these relationships is sort of thrown into your face like "here, this is x" and it feels abrupt.

There are multiple major plot points where the MC is saved by plot armour, so if you dont like plot armour and prefer your stories more organic, this may not be the one for you.

Now, onto the MC himself. He has been told all his life that he is essentially worthless and a dullard, so it comes as no surprise that he is, well, a little stupid. But he does have shining moments of ingenuity, so you can tell that he will grow in maturity quite quickly now that he knows the truth.

I would recommend reading this story due to the interesting concept, it is a great opener to the cultivation subgenre and, as of this moment, looks to be a good ongoing series.

This review has been written as of chapter 33.

A promising start at a handful of chapters into the story. A sense of the world already in place, with the characters clearly established. Now it's time for the meat of the story.

What must it be like to live among those who are functional immortals, knowing that if you are unable to cultivate and attain the necessary level, you'll grow old and die?

What abilities do rival clans and sects possess? If this is REDACTED magic, what else can they achieve?

If you enjoy wuxia and xianxia, this is it.

After reading all of the Cradle series and patiently waiting on the next book, I was glad to see that another amazing author decided to turn to Wuxia and Cultivation.  I will state that I was a little apprehensive at the start and during most of the pre-teen chapters, and I had some qualms about the build up but starting the teen chapters really helped.

With that being said, one of those qualms are: it starts almost exactly like Will's Cradle series and there are even some of the names that are almost the same.

Getting into the later chapters really helps it to carve it's own path in the genre and I can't wait to finish this series.

The Cultivation of Rebirth

I am a fan of Cultivation Novels and this is one I would recommend.

The story itself is interesting and I can see a lot of promise with it.

I have read up to chapter 26 and am officially done. It is not unusual for a cultivation novel to have the MC horribly burdened, Unsouled did this and it is one of my favorite cultivation novels.

The key is to get the MC moving in a direction, and have him struggle and strive to get stronger. This novel, not to give too much away, already has an impossibly overpower MC whose powers have been sealed away.

That is an okay starting point if you get the MC moving towards his former strength pretty quickly, but 26 chapters in, our MC is bullied, betrayed, and beaten and has no clever ideas, no interesting progression, just...nothing. He is a leaf on the wind, blown too and fro without any real direction. He is constantly at the mercy of his "betters" and makes no plans, contingencies, strategies, nothing.

As for everything else: style is fine lots of action (that the MC takes little part in) and intrigue; grammer is good enough, no flowerly language or confusion sentence structure, only a mispelling here or there; story as I said before, has too little character agency for my taste; characters are piss poor...terribly so.

Main characters so far inculde: a whiny bitch who allows herself to be pushed around by everyone, a vindictive cunt, a cool character that is killed off, and the most passive MC I have read in a xianxia.

Concluding thoughts: For me, the most intersting part of the Xianxia novels are the characters. They dive the entire genre, as they conquer challenge gain increasing power and take on larger than life enemies. The most important thing is an MC that is driven and tireless (even when defeated). The MC should not be a passive participant in the events of the story, even when weak. And most of all, Xianxia worlds are brutal and the MC should be cognicent of this fact. Good MC forgive the contrite and destroy the wicked.

This is the same author who wrote Dodge Tank, and I had much the same problems with that story as with this one.

Bloody brilliant. Interesting take on the genre, something a little different yet still firmly set in the spirit of the theme.

Great story. Excellent characters, nice plot twists. I can feel the urgency the mc is going through  and I'm  glad he's not getting his op powers too fast, although  i also want him to get it asap . Im eager to see how it pans out.