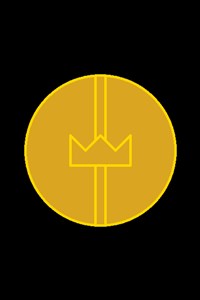 With nothing but the voices in his head to guide him, twelve-year-old Cameron has wandered the streets for more than two years, never staying in one place for more than a few months at most.

Thirteen-year-old Greyson spends his weeks patching up a werewolf who fights in an underground mage arena to make money.

Living alone, fifteen-year-old Eden has no friends and challenges himself and his limits by fighting in an underground mage arena.

I liked my little read

In no way do I consider my opinion objective. But I liked what I read, and it intrigued me. I thank you for writing, simply writing. For I like to read, simply to read.

To expand upon this, the magic system is rather original, wich leaves me curious and wanting to learn more about of it.

The characters could be more defined, I think. Not by backstory or something like that, just, litterally, more defined, or if you need more words to say the same thing, contrasted, different, divergent, distinguished... And such. But it is mere suggestion, I don't truly see the need, as of now, at least.

As for the story, let's just say I reserve my rights to comment on it later if I so feel the need, it is not yet developped enough as of now (ten chapters in).

Regardless, as I said previously, I think the story is good and I will certainly continue to read it.

Honestly if this were a novel, I'd buy it

A well written, enjoyable read. One thing I really appreciate about this novel is that it focuses on the fantasy and magic of the setting. There's no point where the author stopped writing something I wanted to read, unlike lots of other fantasy stories set in modern earth. 10/10 would recommend.

Don’t mess with a Demigod or his friends

The first two books are awesome and look forward to the next one.  The roller coaster ride being presented is a great read.  I enjoy the POV changes to see bits of the story from different character perspectives. Even though the story is talking about supernatural individuals he still provides elements that are relatable to life in the real world.  The coming of age, the struggles of loss, the development of friendship, and the understanding that anything is possible when asking for help.  I commend the author for including characters from all walks of life into his stories which adds to the story.  Keep up the great work and look forward to book 3.

a tree, with the boys

The prose/techincal aspect is fine, I can't discern any obvious flaws. The magical parts about this are pleasantly surprising. I'd recommend anyone remotely interested in the premise to try it out.

Flaws; alright here are more of a critique part of the review. Beware! spoilers from here on out.

I don't like the foreshadowy parts of this fic. I can't help roll my eyes sometimes by how unabashed events are talked about before they happen. And then they happen... and you can't help but think "okay, I was told this would happen, and then it happened in a few chapters. Cool I guess? Now what?" It feels forced in an odd way, and sometimes melodramatic in a bad way. "Hey don't get kidnapped dude" into a few kidnap attempts, into finally one that is successful. It's kinda bland and one tracked. Ultimately, I can see things coming a mile away. What happens after a successful kidnapping? It's pretty predictable.

I still don't know why an entire world(realm?) fell after finding a ring. There needs to be a better reason than "I killed the kidnapper because they underestimated me, goodbye entire culture and society". And then during the fairy fiasco, all these characters pop up. It's hard to keep track of who is who. There's what, almost a dozen characters, half of which are relatively recently introduced? And then we are simply told that killing such a powerful existence was only possible due to all these people contributing in just the right ways. I guess I'll take your word for it? Not to mention that all these characters just... sort of exist. I don't really care much for them, because for most of them they just show up with some superficial background. "Oh hey, I'm a relative of yours, the ones that abandoned you. We'd like to patch things up between us". And that's it. Now that character sort of exists. I think I can tell that things are outlined pretty well, which is commendable. But things like this, it feels like the writer is simply going through the motion of it, and it doesn't feel organic and they exist simply for the sake of existing.

I'm kind of perplexed at this point at why there are all these people that exist. Sure, it shows that there's an expansive world out there, but I think it's just poor pacing. Introducing too many things/people too quickly. Not to mention that a lot of the things seems pretty simple. I lack sympathy for a lot of the characters because, they have relatively simple backgrounds. "Oh, he doesn't like X because Y". There's a lot of relationships that can be described in basically one or two sentences. It's surprisingly flat. For the level of detail and planning that I'm reading in other parts of this story (I think the system of magic is really well crafted) it feels like this is an unexpected flaw to have. Most of the other fictions on this site have the opposite problem, where they don't know where their story is going beyond the next chapter.

A great fantasy story with a unique magic system.

This story absolutely captivated me. I loved it's build up from the small problems of a orphaned street child to the grand of the gods. The characters are likable in their own flawed way though some could be fleshed out a bit more. All in all I recommend this story highly to anyone looking for a fun fantasy book.