A Hunt For Crows

6h. A Silver for the Ferry

The city of nightmares, Windhelm. Part 3

The soldiers came fleeting through the narrow alleys, flooding them with bobbing heads and heavensward pikes. I stood by the side of a horse trough, my arm leaning me into the murked waters. A grate laid on its side with the bolts cut and bent. Slime fell from my person. A white vested nurse grabbed my arm and ran his finger down the broken joint.

The men looked at me, then into the mansized grate and started going in single file. Torches jumped, rose and disappeared into the darkness. Silence. Minutes of it, so dense I could hear my heart and patter of viscous discharge against the soft ground.

Men ran out, bloody, screaming. And the heavy words of a commander followed them out, screaming, “Second line up! First line back!”

So the second line came and they repeated.

Kal found me. Then Obrick. None of them said much to me. And behind them, Sylas with his green hood lowered and flattened.

“What you did was stupid.” Sylas said. Like I didn’t know.

“Yeah.” My head looked down and my neck felt heavy and my left shoulder was pained and apparently dislocated. I don’t know what’d done it. The rock or Justinian’s weight.

“I can’t say that for certain.”

“You’d have to take it up with Vincent.” He said.

I walked past them, shoulder pain be damned. The nurse to my side fixing a bandage over my shoulder jerked back with her hands up and gasping and outstretching herself to get me back but I was already in my steady, fast gait. Already going towards the main street of Windhelm. Already running past the sickly yellow hue of lantern light be the towering apartments and going to where the troops came from, where the men ran past me in single file and passed me curious looks.

I came to the inn, one who’s doors were stuck open and from where soldiers were posted.

“Vincent!” I said. A man came from behind to grab me, a guard.

Vincent, inside, looked to me.

“Let him through.” He said.

Both guards loosened and scratched their heads and I walked up to the front desk re-purposed with a map and schematics.

“You disobeyed.” He said.

“What’re we going to do with Justinian.” I said.

I swallowed spit and straightened myself. My broken arm dangled.

“Commander Solarus.” I said. “Vicentius, I’m sorry for charging in. But where is Justinian?”

“Oh.” Vincent lowered his head. “Oh. Yes. Him. We’re giving him the best medical attention the city has to offer.”

“It’s not good enough, that’s what Sylas says.” I came up front to the table, my body hovering a top the map and my body leaned forward.

“Why don’t you step away.” Sovaros said. “We’re dealing with a bigger problem here.”

His tightened face couldn’t have gotten any worse, it looked fiendish like a goblin who’d just come out of a storybook; face grimed and tired and tight.

“While you were you sitting on your ass, I was out there getting the job done.” Going around the table, I pointed my finger at his chest. My good hand, of course. The scarred one.

“It doesn’t matter how much job you got done.” Vincent said. “You disobeyed. We’re losing more men we hope you cleaning that hive, all because you couldn’t wait Virgil.”

“And Justinian. He’ll be coming with us?” I asked.

“Why should we care for a no name rookie?” Sovaros asked. “We have veterans injured as it is. Men with more years with us than you’ve had years of your life.”

“I expect you to be hospitable to every soldier who put their faith in us.” I said. “Like Justinian did with me. I expect us to take him to the capitol and for him to get some treatment.”

Soveros stepped up and his heavy boot stomped on the floor and the air around me went cold as his eyes widened and it seemed at last that he’d take that rapier and try it against my face, his coat slid off the table and fell without any grace, dirty and pleated on his feet. Vincent cut between us, facing me mostly.

“We’ll take him. Okay? We’ll take him to the capitol and pay for any treatment.” Vincent grabbed me and had me step away so that I was away from everyone.

“I understand that.” Vincent said. “But you need to understand your rank, soldier. Now you did a great job that we won’t forget, but you are just a vice captain. Okay? And there are limits to what you can say or do and talking back to Soveros is one of them. I’ve let it slide up until now -”

Vincent closed his eyes and raised his hand and I knew to be quiet.

“I’ve let it slide up until now. But not anymore. You need to relax and go back and rest. We’ll treat your friend. We’ll do everything we can, take him wherever we can but at this moment you need to leave. We need to do our jobs, Virgil.” He said. “We need to honor your efforts by killing all these things. Do you understand?”

I saw it in his eyes, with how close we were. The once porcelain, nubile face a little sagged and the flesh around his eyes more resembling boiled and plucked chicken skin, and the cracks around his face from the days without rest like dried channels. His tired hand around my shoulder. His colorless lips and frazzled white hair. A ruined looking man, drop him into Justinian’s bedside and he’d look like another victim in descent to death.

He grabbed my hand, his was still smooth. And between us, there was warmth.

“Thank you for everything. Okay?” He said. Tired, as he was.

I nodded. I left for the tavern-camp, for my own nights of sleeplessness.

A note from Happy Vertigo 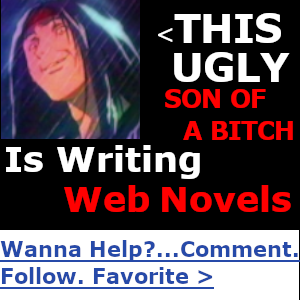 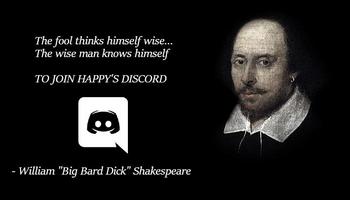 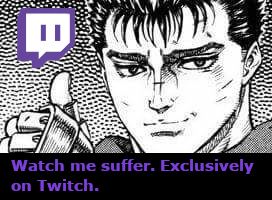 Support "A Hunt For Crows"