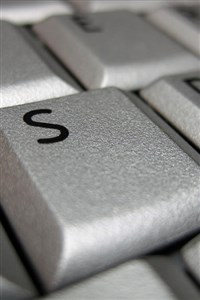 “And that is the last of tonight’s Low-Life!” Masumi saluted the cameera, shut off the stream, and leaned back in his chair. His fingers were sore from the rapid mashing of buttons, his mind a little tired all the complications on the game, and his heart just a little let down that Yui couldn’t make it to the stream that day. He fiddled with his fingers for a a couple of moments, until something shot back to the front of his mind.

He wasn’t completely without Yui. He clicked back to his stream archives and browsed through the last few results. There weren’t many until the thumbnail of him and Yui playing on-stream together, with the rainbow makeup he’d helped her put on, the elegant clothing she’d helped him with, and the happy times they’d had doing it. He knew it wouldn’t be a frequent thing, but for what it was, it was one of the most enjoyable things they’d done together.

He would have been content with that, if it weren’t for the number one beneath the stream. He furrowed his brow, leaned in closer, and his eyes shot wide open. There couldn’t have been a viewer, because he was sitting on Yui the whole time. That meant that somebody else had to have been watching. That meant that he didn’t even notice them. It would have felt good, at any other moment, for the idea that somebody was actually watching him with Yui felt somehow like an invasion of privacy.

He tried his best to shake that thought from his mind, but it fed upon what he saw next: The fact that the view counts on his older videos had gone up, as well. He clicked on a few of them; they only went so far back, to the first one where Yui showed up. He bit his bottom lip and tapped his fingers along his desk. There was no way somebody had actually went through his archives watching them – there just wasn’t enough time for anybody to go through that many four hour streams. Much less the archives, when he knew they hadn’t shown up to his live ones. That’s what any normal person would do.

They had to be looking for something. It was the only explanation. Somebody was going through his archives with Yui, they’d figured out who he was and they were going to ruin his life, and all of the time he spent with Yui, and he was never going to be a good streamer…

Masumi slapped his palm on his desk and ran a hand through his hair. There were any number of explanations for somebody looking at his archives, and he was just going to drive himself mad with worry. He was going to take a bath, relax, and go to bed. Everything would be fine in the morning.

Night passed into morning and then into school. Masumi himself the subject of a few more eyes than he usually was. It wasn’t anything solid, but when he walked through the halls, people seemed to be looking at him rather than to him. When he answered his call at register, there were more than a couple of hushed whispers on the other side of the classroom. He spent the first half of the day with his cap on whenever he thought he could get away with it, even though it barely seemed to change anything.

When he sat down for lunch, he chose the same corner of the cafeteria he usually sat in and pulled out his bento box. He was just about to start eating when a throat was cleared beside him. He looked up, and his leaping heart was suddenly grounded when he laid eyes on his dance partner.

“Hello, Masumi!” Yuna waved at him with both hands and sat on the opposite side of the table. “I saw you over here all alone and I thought that boy needs some company, and I know just where to find it! It’s me!”

“Sometimes I have!” Yuna confirmed with a bob of her head, as she pulled out her bento box and slid it before her.

“Why, uh.” Masumi glanced across the cafeteria and caught a couple of eyes looking his way, before retreating back into their own personal space. “Why have you only come to visit me now? I mean, I like it, but it’s, um. I don’t know why?”

“I don’t know, I thought you looked like a lonely boy and thought I would come to see you!” Yuna laughed and took a sip of her juice. “There’s no special reason. None at all!”

“Oh...okay.” Masumi took a bite of his tamagoyaki.

“But now that we’re here and talking to each other like good friends, there is something I want to talk about!” Yuna declared, and shifted on her seat like it would bring her any closer to Masumi. “I heard that you’ve been spending a lot of time with Shiro Yui! Like in here, sometimes! And at the library she works at! I think that’s interesting, don’t you think that’s interesting?”

“Um, I, uh, I don’t know?” Masumi sweat suddenly building on his brow and adjusted his cap. “I, um, friends spend time together sometimes...it’s not that weird...”

“Oh, okay, so you’re friends! That’s good! Everyone can do with a friend.” Yuna gave him a smile with teeth and pushed her juice box to the side. “How did you be friends? You don’t do the same things and you don’t have the same friends and it’s so strange that you’re suddenly together! That’s so interesting and I want to know all about it!”

“I met her at the library.” Masumi shrugged, as the practiced words rolled off his tongue. “I was there to deliver something for the school library and decided to stay there so that I could finish my homework. She helped me with some of it after we got to talking and we thought that each other was good company and fun to talk to, so we did that, and now we’re talking to each other more in other places. It’s like how anyone becomes friends.”

“...oh.” Yuna took a long sip of her juice box. “So that sounds normal and good for you! I know you’re a good friend because you’re like one of mine, only for dance club, but that counts! What kind of things do you and Shiro do together, because I don’t think it’s just the things at school, is it? I know her friends haven’t been able to spend time with her, even on top of her work, so...spill the beans!”

“I don’t...I can’t spill the beans about things that don’t exist.” Masumi looked Yuna in the eye. “Maybe it’s just people liking gossip like normal. You know what they’re like.”

“I guess I do, but I thought that maybe you’d know more and we could talk, like friends do! So there’s nothing special going on there?”

“Nope.” Masumi shook his head and did his best to keep believing it himself. “We’re just friends, like, um, like you and me are.” He held back a smirk at his smooth adaption to the scenario. That was the kind of slick move nobody would expect. Except perhaps Yui.

“Okay then, that’s that and we’re ready to move onto a new topic! Dance club!” Yuna decided, and the rest of Masumi’s lunch was spent with his exuberant dance partner. It helped to distract him from the other students, and she talked for so long that he didn’t have time to worry about Yui hearing him talk with her. Not that that would be a problem if she did.

As he was returning to his homeroom, Masumi spotted a head of short black hair and sharp eyes peering at him from the cafeteria window. When he turned the corner, he thought he heard footsteps hurriedly turning around another one behind him. He shook his head, tried to dislodge the wary thoughts that crawled back as soon as they were dismissed, and headed into his next class. At least his homework wouldn’t fill him with so much anxiety.

The rest of the afternoon passed how his morning had, and he was hurrying to his bike with the kind of speed normally reserved for an urgent toilet break. He was almost free of one of his weirdest days at school. He could feel the bike’s handles against his palm, the seat under his rear, and was just about to slot his foot into the pedal when…

“Hey, Sanada.” The voice rumbled, and Masumi looked to his side. There was a chest, so he had to look further up to meet Kiryu’s gaze and his unmasked face. “I hear you’re dating Shiro. Seems like my advice paid off. You’re welcome.”

Masumi blinked up at Kiryu and tilted his head. “Is your nose fixed?”

“Yeah, Not that I even care. Made me look like a badass. Almost broke my nose again just so I could keep the look.” Kiryu said, then narrowed his eyes. “Hey, don’t change the subject on me, Sanada. Tell me about your girlfriend.”

“You’re telling me it’s not a big deal. Nice try, Sanada, but you can’t keep all the details to yourself. I helped you get your girlfriend and that means I get to know what you’re doing. Those are the rules of the jungle.”

“Wh...according to who?” Masumi stared wide-eyed up at Kiryu.

“That guy...you know...” Kiryu scratched his jaw. “Stop changing the subject. How did you do it?”

“What do you mean, how did I do it?” Masumi slid his foot into one of the pedals. “I just, I talked to her, like everyone does, and now we’re friends. That’s it.”

“I don’t believe you.” Kiryu folded his arms over his chest. “It doesn’t make any sense that I can’t...didn’t have a new girlfriend this week, but you do. You’re tiny, and that’s cool, but look at me. You must have been blessed or something. Tell me your secrets.”

Masumi bit his bottom lip and stared of at the road ahead, then looked back to Kiryu. “Do y’really wanna know?”

“She liked my bike skills.”

“What?” Kiryu frowned. “Your bike skills? You just ride it.”

“Oh, no, see, I can do things like this.” Masumi said, as he slammed his foot on his pedal and rode off with his sudden burst of speed. He could hear Kiryu yelling something behind him, but didn’t bother to focus on it. He rode as fast and hard as he could back to his home, parked his bike, and dropped his bags by the door. He hurried up the stairs to his room, threw himself into his chair and started his computer. He clicked through to his archives and the settings there.

His finger hovered over his mouse, the option to delete every video between now and when Jellybeaner first started showing up for his streams. It was the only way. He took a deep breath to steady himself, took one last look at the videos, and clicked delete.