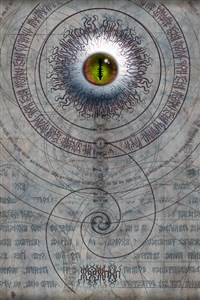 There are things in this world unable to be explained by science and common logic. Some call it magic, some call it miracles, others, anomalies. Many people live and die without ever knowing or encountering one. Some met one somewhere in their life and never again. A few people dabble in it in their daily life. While a select few was ridden with it since birth, shaping their life into one twisted story.

This story follows one such man, as the anomalies brought him further and further down to the abyss of hell, and a woman whose whole life revolves around mastering anomalies and monitoring people who have contacts with them.

The synopsis isn't final. If you have any suggestion on how to improve it please do comment in one of the chapters or contact me.

P.S The cover isn't mine. If you want it removed just contact me.

This is a pretty cool fic. It's very similar to the SCP Foundation, but it has a more structured logic to it instead of the randomness you often find in SCPs.

The story is a grimdark one with a pretty interesting concept behind it. I dont really want to say to much though, as it might spoil some aspects of the fic.

The authers grammer isn't great, but considering english isn't his first language, its not too bad.

The characters are pretty good, although I've found I'm not the best judge of that aspect.

So over all, pretty good.