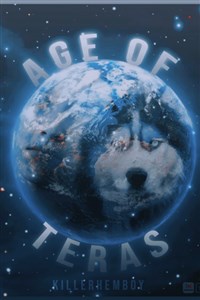 "Now, calm down, Aaron. The A.A is an ambitious project that has been in development for the past 50 years. An Ascender constantly needs to go out into the wild either to travel between settlements or to capture new and powerful Teras for their own purposes. As such, the problem that has always plagued the world is that there was no unified and easily accessible library of Teras and animals that could be used to identify whether a harmless looking beast is really just that, or a Tera lying in disguise to gobble down a tasty Ascender. The goal was to build something which had a Teratome inside, which is the compilation of all Teras that have been encountered so far by humanity. This is the result. The main target is, of course, an Ascender like you, so, there are many other functions that are also essential for you guys. For example, do you even know the next Hamlet that you need to go to to progress on the Path?"

Aaron's heart was still hammering away in his chest due to the shock of the voice that had spoken in his head, but when he heard Ernst's deep voice, it had resulted in him calming down, more or less, while taking deep breaths. As the former Chief asked him this, he shook his head, as he really had no idea where they were supposed to go next. He had always thought that Edmund would lead them.

"The A.A can show you a path toward the nearest hamlet, or any registered settlement that you indicate. Even communicating with it is easy. This technology was in development even during the time before the apocalypse, but it took 150 years just to recover the information from that time. The challenge after that was finding materials to implement it in this age, and I heard that there was surprising success in this matter because of a few factors such as the fact that materials which are capable of so much more than what they used to be in the age before the apocalypse were available. Now, you don't need to worry that that thing is inside your head. It's on your spine, meaning that it can access the inputs and outputs to your brain through your spine. Note that it can only access them and add in a few things – it cannot hijack them in any way or cause any harm whatsoever. And if you want to interact with it, all you need to do is say A.A and speak in your mind. Try it, go ahead."

Although most of what Ernst had said had gone over Aaron's head, he still hesitantly decided to talk to this thing that had newly entered his mind.

"A.A, what can you do?", he asked, as this was the most pressing question and the one he wanted answered.

He had to admit that as the shock was dying off, he was simply fascinated by this amazing tool. He knew exactly how useful this could be, as there had been many instances where even him and Woof had been unable to identify whether a beast they came across was a harmful predator Tera or just a harmless grass-grazer.

Also, he knew the importance of direction in the jungle. The two of them would always leave behind some sort of sign or the other on the rocks and trees that they passed if there were entering a new area, even though both of them had an exceptional sense of direction. So, just the idea of something that could direct the way was mind-blowing.

"As this is a base-level A.A, I'm limited to the following functions:

1. Teratome Access: Teras and beasts encountered by the Ascender can be analyzed and compared against the records of the Teratome. If no records are found, the database of pre-apocalyptic animals is used to give an approximate result of the properties of the beast or Tera.

2. Global map: I can show you the way to any indicated, authorized settlement that is in my database. Details about these locations are also available, and can be accessed at a moments notice.

3. Personal Training Assessment: I can quantify and show you your progress on the path that you choose. In the case of Tera Masters, a Tera's speed of development and combat ability can be analyzed.

Limitations: As this is base-level A.A, I'm not connected to the World Government Hub remotely. Hence, I cannot update databases or receive communication of any sort, and neither can danger signals be sent out. In other words, this is completely an off-line module. For syncing, please take the A.A chip to a World Government Hub that can be found in any settlement. Other features that are available in improved models are also not available."

Even though Ernst had said mentioned it before, hearing it from the A.A itself give it a measure of realism that made Aaron gasp with disbelief.

The sheer practicality of this tool just couldn't be disregarded.

"I know, right? I can tell that you understand just how important this is. That's why the World Government pooled all of its resources into this project for the past 50 years and finally made it possible. I can tell you that you chose just the right time to come out of the jungle, kid. This is a really exciting age where there's lots happening everywhere. It might just be the perfect time for you to make your mark on the world, and reach heights that you never thought possible. Also, you must have found out that it's a base model. Advanced models can only be obtained after you defeat more settlements and obtain more stars on your Ascender Card. Anyway, let's begin the integration."

As soon as Ernst said this, everything else flew out of Aaron's mind.

In his hands, he felt the sharp edges of the Cores which were shining faintly in the light.

"For integrating with the Core, a quiet and private place is required, so there's nothing better than this room, right here. Begin by placing the two cores between the two knuckles of your prominent hand. That's just so that you can access them easily when it's needed. After that, put your hand, carefully, in the velvet pouch that the Cores came in. Tighter the end of the pouch around your wrist so that the Cores won't move from their position: they should remain pressed to your skin. Then, put your hands together so that your knuckles are touching with the velvet in-between. This position is so that you can concentrate on the integration without worrying about anything else."

Immediately, Aaron adopted the position that the former chief had said, and as he felt the cold, rough surface of the Cores on his hand, he felt excitement coursing through him.

Power was always something that would cause any one's blood to speed up and pump through their veins. He could never have imagined that he would have this opportunity, so he treasured it all the more.

"Close your eyes. Each and every human body is already capable of integration. All it requires is for you to form a connection between your mind and the Cores, and make them a part of your body. In the same way that you control your muscles and the rest of your body, you need to be able to control them at a moment's notice. Concentrate on the feeling of the Core touching your body. Envision it melting into you, and appearing in your mind. They will look like two glowing balls that you will be able to see inside your mind. The moment you are able to see them, it means that you've succeeded. Now then, the speed of integration depends on one's body potential, so I don't know how long this will take. Just keep trying! Don't give up even if it feels like nothing is happening. Do you know that I took an hour before I could feel anything at all? So, don't despair if you feel nothing at the moment. Just keep- why are your eyes open?"

Ernst had been looking at Aaron's face with full while continuously speaking in a low voice that was meant to lull the one integrating with the Core into a state of focus and concentration.

So, when he saw Aaron open his eyes with a puzzled expression on his face, he was quite startled.

When Ernst asked him this, Aaron thought for a bit and unfastened the mouth of the pouch around his wrist.

Seeing him do this, Ernst assumed that, maybe, Aaron wanted to go into the forest, where it might be most peaceful for him.

"All right, I can accompany you to…where are the Cores?! Did you drop them?"

Interrupted by the sight of Aaron's right hand which had no Cores pressed between his knuckles, Ernst exclaimed like so, but what happened next made him widen his eyes and stand up with a start.

Waves of shock battered his mind, and he started to wonder whether he was seeing. He must be dreaming, right?

In front of him, the Cores had just appeared from inside Aaron's skin, as naturally as if he had integrated with them a long time ago.

Reaching his finger forward, just to assure himself that he hadn't gone crazy, Ernst touched the Core between Aaron's knuckle, and as he saw that half of it was firmly inside his skin, which meant that it really was an integrated Core, he finally let out the shout that had been building up inside him.

Bio: I'm an aspiring author who fell in love with writing the moment I wrote my first story.
Most Notable Work: World Domination System, an 800,000 word ongoing fantasy novel which can be found at https://www.webnovel.com/book/11413811606356705/World-Domination-System