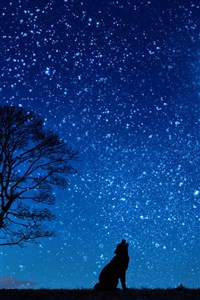 A man has lived and died. When he awakens he finds himself in the body of a wolf pup. As he grows up the world makes itself known to be different from his last world. Upon reaching the age of three a screen appears in front of him showing a list of abilities that he has. After a brief message from the system it dissapears. Now filled with hope the man, now wolf, sets off into the unknown world trying to become what he could not in his last life- a hero.

Notice the cover? Its not my image but I felt that it fit well with the story. I dont take credit for it. This is also my first story so be warned.