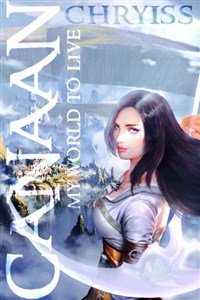 After Darren shoveled down the pizza, they jumped back into training.The rest of the day passed quickly along with the ensuing night. Exhausted, each went to bed early after dinner. And soon, the duo found themselves back at the same grind.

"Wow, I'm still sore from yesterday. It feels like it never even ended, and I was here the whole time," joked Darren as he stretched his muscles while walking through the forest.

Currently, after an hour of warmup at the school, the students from both the advanced and lower classes were traveling to the forest for the exercise spoken about yesterday. The woods had ben set up in advance for the mock strategic battle. Bodraig himself was even there walking with them in order to explain the rules on the way. The class would be split up into two equal-powered teams. Like a game of capture the flag, each side had to steal the opponent's device while protecting their own. The twist, however, was that it was a mobile device that needed to be 'recharged' at a station controlled by their team for at least one minute every half hour. Twelve stations were scattered across a large portion of the forest. Trees marked with red paint indicated the borders of the enclosure. Each team began on opposite sides. They both had ten minutes to strategize and organize before being allowed to move from their starter station.

"I say we capture as many stations as we can with the key so that we can lure and find where the device is being held!" offered one person enthusiastically as everyone gathered together for a plan of action.

"Good idea, but the other team is probably thinking the same. The question is how to keep control of all the stations without spreading us too thin? It only takes a second for the device to negate the effects of the key and reverse the control of the station to the other team," interjected one of the students at the head of the huddle.

"That all depends on our mobility after locating the opponent's device. It's not a problem if they take control as long as we can capture the device itself while keeping at least one station in control, two to be safe, as backup," calmly countered another.

"Yeah, the key is a safe bet; even though, its effects can be easily reversed by the other team's device. The key can easily move around and quickly capture all the stations so that it's harder for the other team to take control of the captured ones."

"But the key can also be captured too! We have to take that in mind," pointed out someone from the back.

"Yes, but capturing the stations as soon as possible is critical because an already captured station can't be controlled with just the key. So—"

"—it may be better to hide the device and recharge at the minimum while keeping the key highly protected while it's mobile." The student next to the one speaking finished the other's words. Everyone was starting to think along the same lines now.

"In that case," began Essairyn suddenly as she got up from her seat on a rock just outside of the group circle. The discussion died quickly when her team heard her voice. They had been wondering when one of their aces was going to participate. "The plan is almost a given for either team, so success lies in our execution. How are we going to split our forces, and in particular, who will hold the device and move the key?"

Everyone thought for a second and considered. One boy close to Essairyn prompted her. "How about you keep the device?" He figured that having it in the hands of someone strong would better guarantee its safety. But Essairyn immediately cut down the idea with a firm "No."

She explained her stance. "While it's important to keep it safe, the device can't be captured simply by killing the person holding it. As long as the team is capable and can escape difficult situations, that's good enough. It's better to have the most skilled fighters capture the stations along with the opponent's device."

Some students began nodding, understanding her train of thought. However, the raw truth was that Essairyn simply looked forward to freely capturing all the stations. Offense sounded more fun than defense in this game. Or rather than being defense, it was more like hiding and running away, which definitely not up her alley.

Instead of prolonging the conversation, some team members organized themselves into smaller groups for engaging the enemy, capturing the stations, or defending the device. The few remaining tactically drew out their routes of attack and recharge onto the single map that they were given. Even though it was the most obvious decision, they would target the closest stations and increase their area of influence. Anything otherwise would be too great a risk.

"Do you agree with the plan, or do you have any other ideas?" asked Darren coming up next to Essairyn after the circle disbanded.

The girl merely shrugged and replied indifferently, "The first plan isn't always kept entirely and sometimes changes on the course of events. If I decide something is better, then I'll do it. But for now, this is fine. "

"I see," murmured Darren. "Then I take it you're planning to join the key assault team?" After the girl nodded in response, he continued speaking. "Haha, I thought as much. That does sound more fun in my opinion. But it also sounds like the most amount of effort!" He laughed, and Essairyn smiled.

"Yes, we'll definitely be getting our fair share of exercise in that group. But if necessary or if we want, I'm sure we can always switch to another group. People get tired after all, and it might be good to confuse the enemy. Then again, if the group works well together, changes could negatively affect it too."

"True..." Darren's head was tilted down with his finger curved around his chin in thought. "I guess we'll see how it goes. I'm pretty excited. But I wonder how long it'll take for a team to eventually capture the other's device. According to what the knights said, in the past, this exercise took an average of three hours to complete. Can you imagine that?!"

Essairyn laughed breathily at his incredulity. "Yeah, well, the device is a small object that becomes invisible when 'worn' by someone after all. So it's not too hard to imagine how this 'war' can be dragged out."

"The War Game," said Darren slowly, letting the words rest on his tongue and sink into his mind. "It's a pretty fitting name considering that stations are akin to cities." Some shouts from behind Darren made him turn around and halt their conversation. "Well, it looks like they want us to come over." He jogged over along with Essairyn and told the others what group they wanted to be in.

Although some people wanted to contend with the two on being allowed into the key assault team instantly due to their status as advanced students, they kept their mouths shuts and settled on the next best option: the secondary assault team. Using the key wasn't the only way to capture a station. Whether or not a station was controlled, it could be captured if a person stood in the center with a hand on the pedestal for ten minutes. That meant others had to keep guard and fight off any intruders. Because this was cumbersome, the instantaneous key was more favorable.

"Good thing they didn't limit our stamina too," commented Darren as their assault team sped through the forest to the outermost stations, leaving the closer ones to the secondary group for the ten minute capture process.

"Yeah, thank goodness that they can't affect our bodies to that degree. But this magicology must be from Neu'arth since it limits our magic like this. I'll have to see just how much I can actually do now." She looked down at the gray bracelet that every student was given. It was an inch wide and looked like the strap of a large, sleek watch. On either side, the circumference appeared to be engraved with golden light—the presence of active magic flowing through it.

Essairyn nodded at Darren's words. "True, since only so much of magic amplification can be done to a body at a time, it's not really considered outside the realms of fair. I doubt that this little bracelet would be capable of tampering with a body's inner magic flow anyway. Probably only the walls of Neu'arth can do that; otherwise, maybe even elementals could be restricted if humans were somehow able to force it upon them."

A sudden, startling notion arose in Darren's mind listening to Essairyn. "No way, you don't think that this is some sort of preparation for some actual war against the elementals?!"

Essairyn frowned. "No," she assertively contested. "Apparently this exercise has been done for years before now, but I suppose one could argue that they have been planning for years since elementals imposed their rule. But I don't think that this one particular exercise has a deeper meaning from the rest of our training. This merely mimics what the Order of the Knights do on a daily basis in a smaller, more simple form. Being able to defend and protect towns while expanding their domain..."

She trailed off and began to think that maybe Darren had a point. What exactly is the Order of the Knights for except protection of civilians and self-sovereignty for As'pyzen humans? It's technically akin to an army and militia... The Knight-Mage Academy was created after the Great Elemental War. So it wasn't hard to entertain sneaking thoughts of something other than what the Order outrightly declared itself to be. But this might just be conspiracies theories at work too.

More about limitations to be revealed in the next chapter (rather than making the game rules into an info dump). What was hinted before in previous chapters about Darren and Essairyn will arrive at the middle/end of the game.

Once again, the two week training will be skipped over after this point. It'll be more understandable why (this game is important and the rest isn't lol) later.