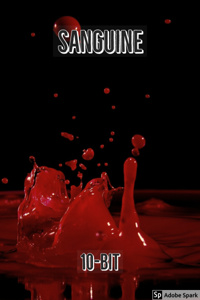 The Coles are probably the definition of a small dysfunctional family, even if they weren’t the worst in existence; they would probably be lauded as an example of the term.

The Coles were a small family though.

The father, Oliver Cole, was an asshole ex-football jock who bounced around in small paying jobs after wasting most of his life drinking, drugging and whoring.

The daughter, Stacy Cole, was smart, but had many issues including anger, trouble with authority, and occasional suicidal thoughts, and was kicked out of many a school for disruptive behaviour.

The son, Mike Cole, was innocent, and tried his best to be kind to anyone and everyone, however his own speech impediment, and slow nature only aided people to bully and belittle him, including his own father.

The Coles were indeed a dysfunctional family.

At least they were, until they got to the small town near the border between the United States and Canada, Sanguine.

Welcome to Sanguine. You will stay.

This is a short Lovecraftian story, it won't go above seventeen chapters.

Note: the book cover is my first attempt, it might not even remain like it is, I was just tired of seeing the standard 'no cover' thing on it.