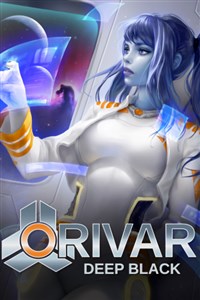 “Quen, I was hoping I wouldn’t have to do this, but we hit a roadblock. We’ve been spinning our wheels for the last week. Meet us down in the lab tomorrow morning. That’s an order from your chief science officer.”

A month ago, Dr. Namara would not have had anything to do with the tight-lipped Larissian scientist from Akkain. Rather than doing nothing while Namara’s science team labored away during his unofficial banishment from the Kelsor’s omnimology laboratory, Dr. Souq was conceiving a plan to save the ecksivar that his researchers died for, no matter the outcome of their mission.

The bearded Souq walked into the lab wearing the Accellus he was given with a lab coat and pants over the bodysuit. Namara’s scientists, also in lab coats, leaned against their lab benches idly chatting with each other.

“There you are,” Namara said as she emerged from the adjoining lounge. She was tying her black hair back into a ponytail as she approached them.

Souq was quiet for a moment before asking, “What’s the problem?”

“You all, follow me,” Namara told her team. Souq followed behind them to the lounge where Namara’s scientists took seats facing the two standing senior researchers. Within the room was a semicircular couch where the scientists sat, and behind it were two circular tables with four chairs each and a fabricator in the wall behind those. From Souq’s perspective, the door to the lab was on the right and the fabricator was ahead on the far wall. Namara referred to Souq’s model of ecksivar: part of the information that he was forced to disclose. She talked about everything they had attempted up to that point with most of the work centered on ways to destabilize the omnionic field holding the substance’s achromon lattice together.

“What are you trying to do to it?” Souq asked her, puzzled.

“Oh, you didn’t get the memo, did you?” Namara scoffed. “My orders, direct from MARAD, are to destroy the ecksivar sample if the captain fails to retrieve it.”

“Of all the fucking…” Souq lashed out at her.

“Hey!” Namara shouted him down. “Those are my orders. If you don’t like them, you can bitch at MARAD. Otherwise, get out of my lab.”

“You’re approaching it like it’s the same omnium we all love and appreciate,” said Souq, his voice laced with condescension.

“I’m open to suggestions,” Namara told him, crossing her arms. “You are the expert.”

“My model may be incomplete,” Souq explained, “but there is more than an omnionic field at work here. Back in my lab, ecksivar was completely unresponsive to electromagnetic stimuli. We tried everything under the stars. From radio to gamma, not a single baryon’s worth of achromons dissociated from the lattice. Another intriguing aspect was something we found on accident. We placed the ecksivar sample on a bed of pure carbon in a vacuum chamber to conduct adsorption tests. We blasted the specimen with all the known keywaves again, including a passthrough of the entire spectrum. Still nothing, or so we thought. When we weighed the specimen again, it had increased its mass by a picogram. At first, we dismissed this as simple error, but when we checked the carbon, we found miniscule traces of boron. We repeated the experiment again without the radiation and left it for fourteen days, getting a similar result. That’s when we realized that our ecksivar sample could adsorb matter on its own without a keywave. Oh, and I hope you all remember that this is not to leave Doctor Namara’s lab,” he threatened, pointing at the researchers. “MARAD reserves the right to incarcerate anyone who....”

“You’re speaking to professionals. And I did read that in your reports.”

“Yet you still pursue the problem from the wrong angle?”

“I’m still waiting to hear your divine wisdom, but so far I haven’t heard anything.”

“With all due respect, the higher-ups at MARAD aren’t omnimologists. It can’t be done! The best hope we have of keeping it out of Alliance hands is to rescue it.”

“How do you propose we do that?” Namara asked him. Souq, still getting used to Accellus, opened a lumigraph and showed the officer a concept for a small device. “A miniature jump drive?” she scoffed.

“With a drone core,” Souq explained. “A soldier sneaks aboard the Voulgenathi during our confrontation, fabricates this jump drive-equipped transport drone, and places the ecksivar sample inside it. The drone then jumps up to half-a-lightyear in any direction. The elsheem would never find it. If we survive, we call it back to us.”

“Does it even work?” Namara asked. “And even if it did, who’s bringing it over there?”

“It’s merely a concept for now,” Souq answered, “an idea. It would need a true engineer’s touch. The one to bring it over would be one of the Aurora phantoms, especially one of particular skill. We need one adept at infiltration.”

“You came up with all this by yourself?” Namara asked him. Souq nodded. “I want to see a working design in seven days.” Namara’s brow furrowed at the realization that this ridiculous idea was now her best plan to fulfill MARAD’s directive. VARICOR jump drives this small were not unheard of, but such technology was property of Republic Spatial Dynamics. Getting a license to produce even one would take months; therefore, she would need to create one of her own from scratch. With a full understanding of what she was getting herself into, Xannissa agreed that afternoon to help the science department on this project, and the two department heads assembled a joint team of scientists and engineers to build their own miniature jump drive.

“Quen, I never thought I’d say this, but your crazy idea just might actually work.”

The two scientists met on one of the forward observation decks after the first—and successful—simulation of the miniature VARICOR drive design.

“How many times must I say it? Don’t call me Quen” Souq told Namara has he leaned against the railing overlooking the OPEL panels showing the forward starscape that had lost parallax—distortion generated by their use of hyperwarp.

“Because my late wife called me that every day.”

“Oh,” Namara said. She remained silent for a few moments before saying, “I’m sorry for your loss.”

“You didn’t know,” he told her. “It happened a long time ago… while I was pursuing my research.” Souq paused briefly, carefully considering what he was going to say next. “You know what, fuck it all. She was the love of my life,” he said, staring into the stars. “Not many people know that Souq was her surname, not mine.”

“What was her given name?”

“Lira. She named our daughter Lieren since it sounded a little like both our names.”

“She passed away during a peacekeeping mission near the Frontier.”

“Every time I look at my daughter, I see her face,” Souq said. He sighed before continuing, “I took the survivorship benefits and sent Lieren away to a private school. It had been six years since I’d seen her again before coming aboard this ship. I’m so damn proud of her.” He looked toward Namara with tears in his eyes, then back at the stars. “I couldn’t bear to see her face anymore. The emotions were just so raw then.” The man sniffled. “I don’t know why I’m telling you all this.”

“It’s okay,” Namara told him. “It sounds like you haven’t had a shoulder to cry on for a long time.”

“I regret sending her away like that. She’s the only thing I have left now.”

Namara placed her hand on his and said, “You’ve been through so much more than I could have imagined. I’m so, so sorry for how insensitive I’ve been to you. When we return to the Federation, I will help you have your project reinstated, and I want to help you have a proper remembrance for your researchers.”

Tears streamed down both of Souq’s eyes. Namara wrapped her arm around his until he had composed himself enough to walk away from that endless starscape.

Bio: I am a Ph.D. candidate in the biological sciences. Doing what I do, I need hobbies that serve as creative outlets, and the world of Orivar has been a creative outlet for me for many years. What began as wild-eyed, youthful imagination inspired by ideas established by the science fiction greats of yesteryear was tempered by an education in the basic sciences.