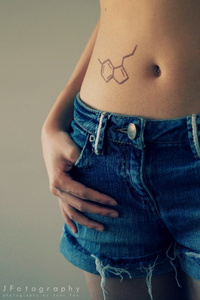 One solution to any problem is killing everybody. I wonder how many times that’s happened?

I’m almost at the Impossible Party. It’s getting tricky to stay alive.

I’m near the annihilation line of an interstellar catastrophe. Well past the safe viewing distance, it’s where all physical matter gets ripped apart by gravity waves.

Two neutron stars are locked in a death spiral. They passed too close to each other, and got caught in each others gravity. Instead of passing in the night, they trapped each other in a slow orbit. Well, it was slow a million years ago. Their orbit isn’t perfect. With every rotation, they get a little closer together, and spin a little faster. The first rotation took 50,000 years. Right now they’re taking 2 seconds. In two hours, they are going to hit each other.

Trillions of spaceships, robots, and robot spaceships orbit just outside the annihilation line. Waiting to scoop up neutronium ejected from the collision. Trillions of times stronger than any other substance, neutronium is only formed on neutron stars. Because landing on a neutron star is just suicide by gravity, collisions like this are the only way to get some.

Unless you’re a god.

Which brings us to the Impossible Party.

When cosmic events like this happen, there’s a small social function hosted on the surface of the minor star. It’s not exclusive by invitation. Anyone is welcome. But, even if you leave before the collision, it’s a rough environment. Good chance you’ll be torn to atomic pasta.

To survive you must have the three cosmic abilities. Warp. True sight. Call to nothing.

I’ve mastered these abilities. Maybe. I’ll know in a minute.

A hulking neutronium robot gently touches my shoulder. “Don’t do it, friend. I’ve seen billions die trying. Even if you don’t die, they’re all assholes down there. It’s a better life on this side of the line.”

“Thanks buddy.” I say. “But I have questions that need answers. Responsibilities.”

Robo-Dude looks at me. Looks at his translator. “The fuck. You speaking English? You know Doc-Danger?”

Robo-Dude nods. “I hear The Rumor crossed the line.” He shakes his head. “I guess if you have responsibilities, you’re going to go. Just remember, you can come back.”

He gently bumps his ancient unbreakable claw against my puny earthman fist. There’s good people in the universe. I cross the line.