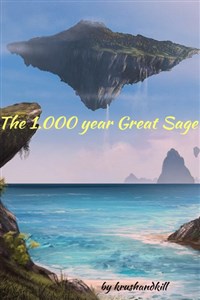 History says that each 1.000 years, a Great Sage is born. One that can control amazing amounts of Magic. And in this world with so many different races, that Great Sage will defend, rule or help one of those races to advance and evolve faster than any of the other races. At least, it used to be like that for the past 5.000 years. But then, I was born.

Good ideas, but your writing style... Let's just say that whoever compared it to a script nailed it.

Prefacing every bit of dialogue with the name of who is talking is jarring, and destroys the flow. Not a problem in a script, but pretty glaring in a novel.

Obviously someone downvoted that review, because constructive criticism is bad  right?

Has potential but many flaws

It's a passable story so far in the form of concept. However it suffers from a lot of problems.

Generic reincarnation isekai tale where the main character gain OP abilities & is adored, gets to know all the super important people super quickly. There's no real sense of conflict, though I'm only at chapter 15, maybe the author will introduce some actual antagonists that pose a threat later. Females dominate all relationships because of course they do.

Probably the most egregious part of this tale is that it's in desperate need of a proof reader as the grammar and spelling is painful in parts. The formatting of thought & speech & action is also troublesome.

Is this a book or a script?

Me - this and that

This needs a lot of work to get it out of script form and into book form. Then it will be much easier to read.

This is an interesting grammatical train wreck.

Edit: My review still stands, BUT, the author reached out and said that grammatic corrections were welcome and I'm happy that the author is willing to learn and let others assist. I have seen chapters where others have helped and the author has altered wording to update and fix errors. I can't wait to see what it looks like later, and hope others appreciate the efforts the author is going to.

The story is written mostly in script style, leaving a fair amount to the imagination. Most characters have no more detail than gender and hair colour, but, you know what? I don't mind that.

The author is at least consistent with characters, but seems to maybe over express with emotional reactions of characters. Reactions are usually a little over the top.

The setting is intriguing to me. A person of the goddesses choosing, brought to her adopted world to help it progress, given a couple of gifts and a purpose. Main character learning about this world as he goes, even with a few year time skips rather than slogging through years of basically useless growth. Even the side characters are sometimes interesting and useful for plot or MC growth.

The main drawback I have as a reader is writing style, grammar, and to a degree, spelling. Being written in script style, it is primarily dialogue. This does detract from the world a bit, but, I'm still comfortable in being able to describe the world.

The character interaction is mostly lighthearted and jovial, while the magic of the world is an interesting take on traditional magic genres.

The thing that makes me wince and want to stop reading is incorrect tenses (saw-see, my-me), and spelling (now-know). While the words are technically spelt correctly, they still jar a little when hitting them in a sentence. Another thing that gets me a bit is slang/dialogue. The world is supposed to be primarily Japanese inspired, but a lot of dialogue could be mistaken for modern English.

All that said, I am still, weirdly, enjoying the story. This is a world that i could see myself wanting to flesh out as a writer.

Give it a try it will surprise you

As of chapter 50 i have seen an huge improvment in the author from the start of th story. In the beginning the story read like a script and was lacking in description of places and was generlary hard to follow.

some of the things i dislike or make reading annoying are

this Story suffers in the plot department just because the plot is loose, the mc just needs to help the world develop, and there is alot glossed over or said only once

overall even with the missing parts and the awkward style this story is good and as the reader i can see the author visably improve throughout the story and the story is slowly getting more flushed out.

I generly like the story and that it isnt another one where the mc is just runing from fighe to fight getting stronger through plot armor or random powerups. i would sugest to the aurthor to redo the firsst few chapters eventualy and keep growing in what seems like his first work and use it to improve.

I'll start off with the good:

You have an interesting concept and premise for your story and a very good introduction and initial chapters. I like what you're trying to do and what your goal is. Keep it up.

Where you fall flat is in the execution.

I understand English might not be your first language and I haven't seen a lot of chapter comments helping you with vocabulary and grammar. Nonetheless, that is definitely an area to work on, perhaps by finding a proofreader.

The other problems are in style and layout. For layout, the biggest problem is how you write your dialogue. Other commenters have likened it to the script for a play, and I partly agree. Things that will help are using quotation marks and periodically indicating who is speaking - especially if more than two people are involved in the dialogue.

From a stylistic standpoint, I'm not sure how to help you. It's not so much an issue of pacing, but of tone and maturity. This is something that is likely to develop over time, with age, practice, and exposure. So, don't give up. Keep reading and writing.

To sum up, this story has an enjoyable premise and a relatively original plot. It's worth the read if the reader can push past problems of style and grammar.

good seeing you writing style evolve with the story

I am not sure if MC deserve this Sage title

Sorry but MC is kinda lets say not smart and 15years old + evil mage laughter hmm it is not normal or here we go again thing. Actually it is creepy as f.

Up to 1st side story

Reviewed at: Side Story: Meeting the Elfians By Aria, The Goddess of Creation

The format turns me off. Specially when I use text-to-speech app. And not really effective.

Yes, its easier for the Author but not the readers.

The training phase is lackluster. Making me dropped it even more after the format dissatisfaction.

The immersion is not there yet. More like a NPCs in a game.

This story is a nice light hearted somewhat comidic fantasy. The writing style is unique and somewhat unusual, however after reading several chapters I found it quite enjoyable.