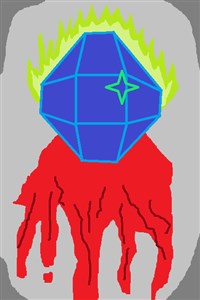 Think being a dwarf is all about gold and dragon slaying? Think again.

Over all, I'd say it's pretty good.

The pacing was pretty even and fast paced throughout. The plot was cool and the characters seemed well thought out. Grammer was consistently good throughout the whole story.

The end was a little inconsistent with the beginning though. In the first chap he says this is how he became the richest dwarf to ever live, but in the end it sounds like, while being pretty rich, he is certanly nowhere near being the richest dwarf.

Overall though it's a pretty sound story.

Also, if you do write another fic, could you please post an update here telling us readers that you've started it? That way we won't accidentally end up missing a new fic you've written.