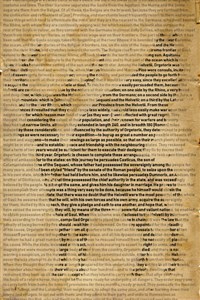 A callous human trafficker and underworld crimelord that takes advantage of less fortunate and weaker people is reincarnated as a low level enemy in a JRPG-esque world.

Being the weakest creature in the known world is supposed to teach him some humility, or at least make him suffer. But he has other plans...

Did you drop Re:Monster when the MC decided to justify drugging the women that he kidnapped? The drugs make them want it, and since they want it it's not rape? If you thought that was retarded and dropped it, then good for you. You won't find dumb stuff like that here. The MC is scum, and he reincarnated into the right role for it.

The style is good. It manages to develop and make even goblins likable. The characters are honest to their desires and their nature, which is a breath of fresh air. I am used to reading Japanese isekai where every MC is special because they carry the superion Japanese morality(tm) which makes every girl in the new world fall in love with him. This has none of that.

Give it a try if you want to read about a real monster, you'll love it.

A Hatred that Runs Deep

I find myself tainted by Goblin Slayer in that the mnemonic nature of that very piece of media causes me to gush a hatred of goblins. I will set aside that hatred, though Fodder features the exact same type of goblins. But, they're our goblins. Our boys are gonna make it, lead by this complex character that is the MC, who is also a goblin. Among my countless and varied isekai fetishes is that of kingdom building, which seems to be where this is headed. A goblin kingdom, maybe. With MC has head honcho goblin. What would a goblin city look like? Does goblin art amount to simple grafitti adorning the walls of the goblin huts? Do goblins pay taxes? Would his goblin throne be several lackey goblins forming a living chair for his higness' goblin rump? Time will tell.

This story centers around the protagonist "Scratch" who was a mobster who stole some magic drink that gives the ability to be reincarnated.  Naturally, the goddess who is in charge of reincarnations is pissed with him and thus reincarnates him as the weakest of mobs in a fantasy world, a goblin.  Now his goal is to elevate himself and his family from cave-dwelling savages into a tool using civilized species.

The style of the writing is well done and serves to make goblins likeable and individual, while also not taking away their savagery and instincts.  This last part is part of what puts this story over the top for me, since it is hard to find a reincarnated-as-a-monster story that doesn't try to suffocate the monster's base nature with "superior human morality".

However, the brutality and descriptions can be a bit much at times though, so I would recommend steeling your stomach before reading certain chapters.

There are very few grammar and spelling errors.

Overall, the story is well written, the writing style compliments the story, the characters are engaging but not overly annoying or preachy, and there are few grammatical or spelling errors.  Therefore, give this story a read!

When scum gets reincarnated, a great story is born

I honestly thought these "reincarnated as a goblin" stories had nothing more to offer and the awfulness of Re:Monster made me hate them as a whole, but now I know I was wrong.

I love this story. The protagonist is something I have wanted to see for quite a while: an amoral and arguably villanous man who doesn't fall into narmy edginess and doesn't suffer from the author trying to justify his "alternative morality". Scratch is a great protagonist, not only because he is a cunning character with skills and knowledge that makes sense but also because the author is not afraid to make him fail or suffer setbacks despite being the smart guy, which is something a lot of writers (myself included) are usually afraid to do. The rest of the cast is also charming and manages to stand out despite the fact that I initially thought I wouldn't be able to know who is who.

The story is taking its first steps right now but it already seems promising. The progression makes sense and the main cast becomes stronger at a logical pace. The lack of bullshit power-ups or evolutions after 2 chapters are also appreciated. The world, although generic, manages to catch your interest due to the way in which the protagonist slowly learns about it and the trivia bits at the end of each chapter are also appreciated. I also like how it pokes fun at the stereotypical isekai stories with the occasional Hero PoV.

I don't have much else to say for now. I look forward to see how this story will develop.

I've read up ahead on fictionpress, and I must say that this is an excellent story. Well done.

'Fodder' tells the story of a criminal from earth that is reincarnated as a goblin in a fantasy world. He uses his human knowledge to slowly change his small "tribe" of naked, dirty and stupid xp-farms into a tool-using, strategy-using and not-instantly-killed group. But the adventurer guild will soon start the yearly culling event...

Style: The story is told in many different styles. Most is in third-person style in past tense by an all-knowing narrator from many different characters' points of view. One of the adventurers (he's special in that

) is describing his experiences in first-person internal style in present tense.

Story: The story follows how the weakest monsters in the region try to survive against (relatively) powerful foes in the form of murder-hoboes and other adversaries. Things that are taken for granted by more civilized groups need concentrated effort to be done and the reader sits with bated breath hoping the central characters will succeed. There is an overarching feeling of dread from all the dangers that might at any moment shatter the small oasis of progress and wipe out the little monsters that the reader roots for.

Grammar: Pretty good in general but there are some smaller issues.

Characters: The main protagonist uses his human knowledge to better his whole group, not only for simple survivability but also to give them a purpose in life. His personality is ruthless (he was a crime boss, although not a cruel one) but plausible, he's using his intelligence and common sense to really advance the others. At the same time he has flaws and fails at some tasks, something often missing in other stories. The other goblins also have distinct personalities, although they are a bit simpler in comparison (this could also be due to them having had less focus), still it's easy to feel sympathy for them. The same goes for the humans we've seen so far, although some of them act a bit stupid.

In total, the story is very well crafted, exciting, with lots of suspense but also sad moments. I can really recommend reading it.

The synopsys is a sham

by severly underselling the story's depth and ingenuity that is. It's also sending your expectations down the wrong track. This isn't about a monster growing 'stronk' and being an unparalleled warrior-general, it's about a morally bankrupt man's struggles in leading a group of monstrous whoobies to survival (and comfort). Usually solved by blood being spilt and a hefty deal of emotional self-denial.

Tottering between anti-villain and criminal character-wise, the protagonist seems to be on a downward spiral of setbacks both physical and spiritual, the eventual culmination and catharsis of which we have yet to see (if ever).

While lacking the same depth, most other characters are distinct and well established, too. I find them oddly sympathetic for their continued existential dread and questions. This goes for the human ones, too.

The worldbuilding is smooth but consciously cookie cutter, as it is supposed to parode popular isekai after all. Yet in this part it falls strangely short, while the antagonists have baseline carricaturesque features they stay too subdued to be real satire. In fact this story reads itself like a small scale tragedy with occassional comedic relief. Similiary hard to discern is the direction of the story. There's plenty of hints to a big conspiracy going on, yet the task of surviving alone seems insurmountable already.

The grammar is mostly fine, the vocabulary distinguished. Mistakes are abound through the chapters, however, hence the deduction.

In conclusion, it's hard to tell what kind of story this will be ultimately but it's worth the read already.

a heckin chonker of a story

Its funny for something titled Fodder, it seems like there are no true fodder or mobs in the story. Aside from being very well written, the author takes great pains to, for lack of a better term, humanize the goblins and other monsters. Death is commonplace but not at all casual or meaningless. Every character with "screen-time" has at least some depth, so when one of them inevitably dies, it actually means something. The author managed to create a story with tons of emotional weight while maintaining a dark comedy like tone and with no childish angsty melodrama, a feat virtually unheard of on this site. I almost never give out 5 stars, this one deserves it.

My only gripe is the spelling, punctuation, and grammar at times.

A fresh take on reincarnation

An intriguing tale so far, the fight between goblin instincts & the wider world is very novel.