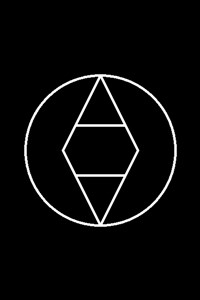 Agent of the Alternates

This is the first Well of Souls story.

Nathan Hunter, as well as five hundred other seniors at his high school, found themselves pulled into the deadly game in an alternate dimension of their school, where they had to survive against increasingly tough monsters while completing a series of Challenges as their numbers continued to dwindle with no end in sight. With no way off the property, nor any way out of the alternate and back to their real dimension, Nathan and his classmates battle for survival in the hopes that eventually, they will be freed from the game.

Warning: Things will get repetitive at times, particularly after Arc 1. The reason for this becomes clear in the first couple of chapters of Arc 2. It is simply the nature of the lives they lead.

I'm sure there are similar stories. My only complaint is somewhere around chapter 18, Nathan seems to have completely changed the way he decides to interact with people just because

Samantha decides to date him after all.

give it a try, I didn't like it but maybe you will.

The characters are not Human, they act like robots, especcially the main character. He was really quite interesting in the first few chapters but then his whole personality got overhauled the moment all the shit hit the fan and he became very bland.

there is this place where we find out he has compared his penis size to everyone elses, the author tries to convey that he has confidence issues, (which don't make sense). this barely comes back in his interaction, and so far his life wouldn't constitute a confidence problem. He has always been good at things and has had a very supportive although very absent family. It just doesn't make sense which is the same with a lot of other character quirks.

The story and premise are great and kept me going for quite a while, but it wasn't enough, no character development no hardships it just couldn't keep me hooked.

a story of power with a sinister off-world influence

I decided to review this story here instead of the end so I wouldn't inadvertenly include spoilers.

This a well written work from an author who continues to get better with every story he writes. There seems to me to be an underlying feeling the author wants to use characters from his other stories or partial themes once again. It really doesn't matter as what he is doing works.

Here is a story where the main characters are demigods, children of gods and people who use magic to the extreme. Think Merlin in the present time with the dragons, phoenixes, griffins and other heavenly creatures fighting other-worldly dimensions that enslave children [over 18] to fight their demons.

The system was created to trap souls for power to do their bidding. The players are meant to fix defects in the system. Then come these super-players who are to destroy the system as it has become too powerful. Not the first time the players were created to do this, but surely the last.

For those that bash the story for having gay characters, get a fucking life. Yes, they are the same as in real ife. This isn't a gay story full of sex although it contains many sex scenes of a hetrosexual nature and very descriptive. If you can't handle sex of any kind or even gay characters then go to disney.com where you can find all of the gay shit you don't want.

That said, this is not a family story, but a game in which whether you want to be in it or not, sometime in the future all will be in the game or dead. Their is no way out.

One of the better LitRPG settings I have seen. The setting has legs.

MC is OP, and his actions don't make any sense from any perspective.
Side characters have no personality.

So far from what I have read, I didn't notice any interruptions or un-natural cuts in the story, so i'd say the flow is quite good.

The story was good, but boeing at times, and left me wondering if I should drop it, although I never did.

The grammar was spot-on. I noticed no incorrectly used/spelt words, although i'm not really a stickler for grammar.

The characters were written well, although some of them did not act their age all the time.

All in all, good read if youre bored, and if you like it, you should read some of Matthew's other work.

If this were a pizza it would taste like cardboard

Everything is incredibly bland, and boring.

The characters are 2D caricatures with no reactions to the world around them besides bland observations, repeating what they've seen to each other and little else.

Everything is a point, point shop, point-number, star points, skill points, point points, the author is incredibly lazy when naming things, in perhaps the most generic fashion possible. There is even a star point called 'Mana' which increases a characters 'Mana' pool, leading to a ridiculous 'you gain 1 mana, you gain 10 mana' sequence where what exactly happens is a confused mess. The character even remarks on this, but the Author promises its a plot point for later... Which sounds more like lazing writing which he hopes to retroactively fix later. "How much mana do you have? Either 10 or 34." it's worthless.

Combat happens off screen and feels generic and uninspired. Our generic highschool MC is thrust into death game bloodsports and becomes a professional boxer with magical knuckle dusters who can slay demonic monster like chaff within 2 chapters, mowing down 10 of them minutes after his classes finish, it's unrealistic wish fulfilment done in the most uninspired way possible.

If you want to read a story with points and scenarios read Terror Infinity, it might be translated garbage, but at least it has some spice to it, this story reads like wet cardboard.

The latest reviews so far seem to take issue with the way the MC is portrayed, in the fact that his responses and attitude is very logical vs emotional. I personally love the story so far and a blunt, straightforward antihero fits this story perfectly. There are very few grammar mistakes as far as i can tell, and it seems like the author takes time to make sure there are not continuity issues or mistakes. I also feel like his writing has gotten better the further the book has gone on and will only continue to grow as an author. All in all a great read and keep up the good work author.

Really enjoying this story.  The MC is not going to be liked by everyone because of his brash behavior and comments but I find his view point funny and enjoy his blunt no nonsense approach to life.  I know a lot of people will also have issues with some of the characters but the author does a great job in bringing the characters to life and providing characters that everyone can relate to.

Story structure is good and flows without issues or interruptions.  The author does a great job on keeping the reader engaged and wanting more just like his other stories.  I look forward to seeing what challenges that Nathan and his team face in future chapters and what winding paths the author takes us on as the story progresses.  Keep up the good work Matt.

The characters are super bland and so is the action but the premise more than makes up for it. It is overall a good read and has a follow from me but it is a bit repetitiive .

Love the concept for this story. Love the MC's personality.

The reason everyone in the game reacts so calmly to death/gore is explained in chapter 33 or 34.