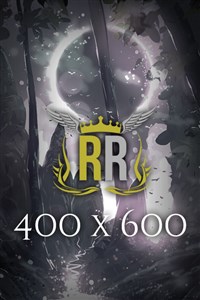 Avaria: A Pay To Win Adventure

Avaria is a game like world where the wealthy are the strong. Want more strength, a specific skill or spell, well there's an item for that. If you can get it of course. These items are rare and far from plentiful, hoarded by the wealthy that can afford them. Acquired from Avaria itself, these items are dropped from strong monsters and dungeons, so if someone doesn't have the money, they must get it the hard and dangerous way. Don’t worry though, even the poor are born with at least one skill or spell that could help them in life, apart from the basic mana skills that everyone is born with. Usually these skills and spells are passed down from a parent. Of course, that doesn't mean they can use it. Any skills from birth are locked and unusable to start. Unlockable through great effort and practise, something many are unable to do without some guidance. There is another much quicker way however, through gaining experience from killing monsters and using that experience to unlock it.

Adam is a human summoned to this world from earth. What effect can he have on this world when he is given a skill that he knows can be used to help many people, with the desire to do just that. Unfortunately it won't be so easy, as there are many obstacles in his way. It’s a cruel world, but he will have help and doesn’t have to do it alone as he meets new companions and makes friends along the way.

Lianna is another human from earth who is summoned the same time as Adam. Though things go much differently for her as she is quickly enslaved, beaten and tortured. Unable to understand what her enslavers are telling her, she has a difficult time following through with the commands given to her. Forced to fight creatures and level up against her will.

Only three pages/chapters in but it is looking like this is going to be a entertaining ride. Really hope the author keeps with it.

If you are a fan of kind hearted people in crapsack worlds consider giving this story a read.

Good story like the world and the premise. SO read it maybe?