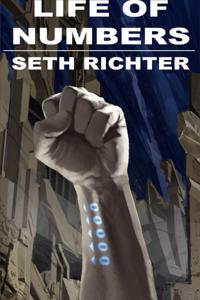 Everything in life can be measured, and everything in life is measured. Each person who has ever lived has five Numbers on their arm, defining the five primary attributes of that person. Throughout someone's life, these will increase with time and effort, and all of society revolves around these Numbers.

What happens when this natural system of Numbers, the basis of all of society for all of history...changes?

My first fiction, so I appreciate all reviews and feedback!

How have I not seen this story until now?

MC lives in a modern world where everyone has the standard 5 stat numbers displayed on their arms. He sneaks out into the woods on a school trip and an unknown apocalyptic event resets everyone's stats to zero and introduces monsters. Killing them gives you a pool of points to allocate to your stats. So far the story has been his solo survival as he heads to civilization.

Initially I found it okay, but the moralizing...

Reviewed at: Epilogue/End of Book 2

I had actually given the story four stars but I had to revise it drastically (as you can see) with the last batch of chapters of book 2. Less style points for all the inner monologues mostly. Less story points because while the story is okay the MC now ruined it for me.

Not that bad but still annoying: Too much inner dialog.

But I really lost it, or the author lost me, was when in the chapter 72 two things happened, both involving discussions of morality.

they kill a horned rabbit that attacked them and discover it had little bunnies. Their alien companion suggests to take them back to have the two young kids that they will have to take with them (and who never raised their numbers) kill them to gain a few numbers.

We get a long inner dialog about how bad the MC feels about the suggestion and that he wants to try to avoid killing those awwww-so-poor little innocent bunnies.

Let's not forget that even in our actual, non-fantasy world, and even if there were no humans at all with their cruel animal farms and their slaughterhouses, nature itself kills the vast majority of young animals!

Never mind that even using modern morals, those bunnies have to be weight against the little human kids fate.

Let's also not forget that this happens after weeks of and numerous bloody live-or-death battles.

They leave the city, and find a fallen tree blocking the street. Despite noticing that it looks quite unusual and even thinmking about it the MC nevertheless does not care and just continues. Of course it turns out it's a man-made roadblock and they are ambushed right then and there.

Let's keep in mind that they have significant experience with getting caught up with (and caught by) other humans, they already had to use violence to escape other people previously.

But that is not enough, it gets worse:

The MC is surprised the people that caught them want to kill them for their numbersd. REALLY???? Didn't we read a story of brutal survival and it even included "bad humans"?

The worst is yet to come though: After having to fight those people who want to kill them for their numbers the MC refuses to kill even the leader who keeps threatening them, to come after them. One of the party kills him in the end, and the MC is shocked by this action. After that leader, even after defeat, kept telling them he would come after them later and do terrible things.

Then they just leave the other three KILLERS(!) alive. I'm not even complaining that they could have raised the numbers of their three weak companions (two kids and the old woman, who all never raised their numbers), or their own. Because letting killers live is obviously morally justified and more important. /s

That's when I decided I've had enough. Those "morals" are not moral at all. That's not even stupidity. I don't think there is a word for it. It's what happens when a reasonably well-off and sheltered person who only knows how to go shopping to get food and has a modern Western education and always lived in safety and comfort writes a novel about the apocalypse. When, gfaced with live or death battles, you of course prove your morals by letting those who try to kill you in the post-apocalyptic world get away scot-free.

Dear author, if you write a post-apocalyptic survival novel, then do actually write one. If your author-head remains in our civilized world it won't work. Worse: Even we don't do such nonsense! Do we leave killers and bandits get away free? If there was no justice system, would or should we then let them get away? So that they can go and kill the next person?

Gets Better and with still a lot of Potential

A very neat post apocalypse novel and definitly one of the better ones. The character as well as the power progression is handled very well. The world and setting get expanded continuosly and you always feel like there is more that the author is hiding from us.

The action, while not breathtaking or outstanding is still quite good and it feel very realistic since they are still (more or less) fighting like normal humans and not just slinging spells around.

One highlight for me is how actions and decisions have actual consequences and the characters grow with their mistakes.

Overall this Novel is really good and gets continuously better.

Story to keep an eye on

A nice minimalist litRPG system, which itself suffers a kind of rebalancing/litRPG apocalypse. Its use of the opening-chapter worldbuilding tidbits is excellent; they're as good as those used in Luck Lockyer or a step below Practical Guide to Evil. Doing the little details well speaks greatly of the author.

I have some quibbles with some things that have/are going on in the more recent few chapters but I'm willing to trust the Author is building to a point or there's a plot thread being woven.

Most of the characters make sense to me. The situation they have presented to themselves does seem somewhat realistic.

Although, the change in the character at ch15 I think seems a little to forced. I find that under extreme circumstances someone who is a follower and loner as he states. Isn't going to suddenly leep into a leadership position like all protagonists, it makes sense he doesn't want to share too much information given his paranoid disposition which seems making him the leader even more off putting.

Even after my rant, I have to say that I am still enjoying the novel so far as a litrpg story. Wish you would delve further into the stats (maybe something to look out for in the future.). If you are on the fence I would say to at least give it a try.

Taking the usual LitRPG stats and making them an integral part of society was a really amazing premise that led to an even more amazing plot where nothing feels forced or rushed.

The pacing of the plot, character interactions in context, and blurbs are great as well.

Definitely read this story if you want to go on an epic adventure.

This will give you goosebumps and a rush which one always desires while reading apocalyptic settings. The worldbuilding is superb and each chapter we get to know more about the society before it was destroyed. When the MC and his friends grow stronger, it actually gives a rewarding feeling as it is well earned. The only other book I can think of, coming this close is Change:New world.

The numbers here actually mean something rather than some meaning less values on a blue screen. Character development is great. MC character has left a lot of room for it to grow, with him being a sort of reluctant leader and a simple insecure teen.

Style is simple and neat.

Grammar: Any mistakes if any are corrected fast so no problem.

Overall this is a must read for any litrpg fans and even for normal fans.

I have been meaning to rate and review this for a while, especailly after reading a new chapter. I find this a rather unique take on the Litrpg Post Apocalyptic, Alternate History trope.

It's well written with no grammar issues. The plot and world building is amazing and indepth with 40 + chapters in and snipets and layers of what once was and now is after everyone's numbers were reset keeps adding to the overall growth of the novel.

The MC and his friends everyday life and death decisions in the face of adversity and trials are believable and the growth from overcoming these advserties shows itself in there evolving skills and abilities...so no insta OP, no overnight butt kicking skill or magical abilities that makes the MC and co overcome any and all situations.

If after this books has been completed and the author decides to publish i will definetly purchase in support of such great work.

I’m enjoying this story immensely.  A reserved but talented teenager gets separated from others just as the world converges with the addition of hostile alien species. Very well written.

I love it. It could be a round of the hill MC looses power in apocalypse story but it is not. It is extremely localised and we don't get any exposition. We know only what the MC knows. That is what makes the story unique and enjoyable