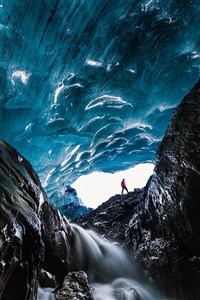 I Became A Vampire In Another World

Negis Yuuta is your average 17 year old kid until he dies and gets reincarnated as a vampire.

I tried, but ugh.

I don't want to discourage you, but your writing needs a lot of work.  Seriously, I made an account just to tell you to fix this stuff.  First off, you've got a typo in the first sentence of the first chapter, that's never a good sign.  Then you've got a weak ass "god" that isn't sure of anything.  They're a god, they shouldn't be wishy-washy about anything.

And I don't even know where to start with the slave girl.  Why was she being sold in the middle of the woods?  When did she pass out? Why was he trying to feed her healing potion with his mouth?  Why doesn't anyone notice or care about her slave collar?  Why was the beautiful cat-girl slave always made to sleep in the stables instead of warming her masters' bed?

I get it, you want your op mc to have his pure maiden, that's fine, it's your fantasy.  But please, write it so it makes sense.

I'm sure there's more, but that's about as far as I could make it.  Please keep writing, the world needs more creators.  Just... you know... get better.

The crigiest shit I’ve EVER read...

Let me start by saying that this does not actually deserve two and a half stars. My reason for giving it this rating is for the effort and the visible progress made over the spawn of relatively few chapter. So my advice for the author, continue, get better and enjoy writing even if people like me criticize your work.

Now for the negative part of this review... Firstly, the scenario is all over the place, we switch town quite often, we hear about characters and get development on them just for them to disappear way too fast. It isn’t the worst part however, because the cringe just covers the whole thing so thickly it’s unbearable... I almost dropped this novel over five times just because of that. The lovey-dovey parts just make me want to puke. I’m not saying there should not be love or romance at all, it’s just that the way it’s written makes it feel like a bad joke layered upon cliché lines of « I love you beautiful, OH I love you handsome » ughhhhhhh who even says that kind of over-stereotyped shit?

Anyway, there is also quite the work to do on grammar and smoothness in the text. The transitions and dialogues detract from the actual story and give an impression of shallowness to the characters. Which is already a problem to be honest. For example, the MC realizes his temper is a bit out of control and goes on to... do absolutely nothing about it? Why in flying fuckmountain would you not at least investigate? And it’s just one of multiple examples; another one would be the waifu, what the hell is that for a character? The only thing she can do is say « omg I love you you’re so nice to me » uhhhhh... why? Okay she’s had a hard libe but really? You’d think she would a least develop some kind of desire to do something or I don’t know, have initiative instead of saying « yes » to literally anything the mc says.

okay, that’s enough writing for me, there are a lot of problems, but still, I had a couple laughs and the story has potential in my opinion (my standard is pretty fucking low so don’t take my word for it) so I will root for it!

Peace, your fave reviewer that criticisms but can’t do it better anyway!

Not a bad premise, but it really needs editing and the script is not original in the slightest. it could be better but needs to be reworked a lot. Overall not a bad attempt and if you don’t mind tropes and clichés

The early chapters are hard to read but it gets better later. Please re-write some early parts, the grammar is horrible and whenever he thinks it stops the flow of the story.

If you are a potential reader remember to drink something strong before reading the first chapters.

I'm going to be honest, the only reason I'm giving this even 3 stars is because I too love vampires and an OP mc. However this is so so cringy, and the mc is a little bit too naive for my liking.It also seems like this is a play instead of an adventure in a new world.It feels to me as if you don't even edit the chapters before releasing them, no planning done and feels overall rushed.Some sentances contain correct grammer and some don't. It feels to me as if the novel was written by more than 1 person since the grammer is so different from line to line. Please plan the chapter before you write it (if you already are I don't know what to say) and re-read it before releasing it, ask your self "Does this make sense?" "Should there be a comma here? fullstop here?" You could also use grammerly either, I'm not sure if grammerly is that great since I don't use it but I heard it helps. Keep in mind I'm not trying to barrate you over your english, I'm simply giving you constructive critism so you can improve your writing. Keep up the effort and I'm sure you'll be rewarded.

Edit:Finished reading until chapter 28, after about 10 chapters the grammer became exponentially better. I still noticed some grammer errors however, but it was a lot better. The mc is still naive however and playing into vermillions hands, basically being manipulated, but if you want to make your mc an idiot in a sense, then I can't really argue with you. The story right now is steadily going uprise. Good job on the improvement.

Added half a star

I am... Having problems reading...

The grammar is better than most isekais springing up, considering I am not a native english speaker. it is quite good and at tolerable levels.

I just hope you lessen the armor in your story, it takes a lot more brainpower than needed.

Keep your story going, I’ll give you four and a half because I enjoy reading this!

Rough but has promise

As other reviewers have noted, the writing is rough in places, but I see promise here for a later fully developed story that could be really engaging and fluid/fun to read. The errors pull me out of it though.

The relationships feel organic and natural. MC is op but not unkillable. And he's not building a harem. All in all 5/5 for me bud

Yeah it needs editing but the story itself is very good. Keep up the good work.