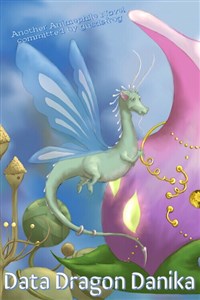 A notification flashed in the corner of the screen, "Level up!"

"Finally!" Danika muttered. She exited the game properly to prevent any last second data loss, and sat back from the screen and stretched. The sunlight that touched the carpet beside her was tinged with red, and fading quickly.

People claimed that "Living Jade Empire" had caused a lot of older games to be abandoned when it offered "Karma" for game saves from hundreds of popular games. Danika thought it had caused a resurgence in those games instead. She hadn't touched this account in over 3 years, but here she was getting it to max level.

This was the 12th game that she'd worked on in preparation for her brand new "Living Jade Empire" account. Level, equipment, currency, everything was added up and converted. The maximum conversion was supposedly 100 "Karma", but so far the best conversion she'd achieved was 96 "Karma" with a game that she'd played for over 7 years.

An empty account was still worth 1 "Karma", and the saves weren't destroyed by being submitted for "Karma", but an account could only be submitted once, only one account per game, and a maximum 100 submissions per "Living Jade Empire" account. Suddenly there was a new market for old game accounts and if Danika had owned a game company, she thought that she'd have been sorely tempted to sell off abandoned accounts that had no valid contact information on them.

She had already sold several of her own old alt accounts, and some of the oldest game saves that she had backed up in archives. It had been a toss up between submitting them for "Karma" or selling them for money, but when she'd reached 936 "Karma", she'd felt confident that this game could get her over the 1000 mark, and sold the rest while the market was still hot.

She held her breath as she submitted her last account to the "Living Jade Empire" conversion system. "Processing," ticked across the display for an annoyingly long time before the result finally flashed up: "69 Karma awarded for your adventures."

Danika's expression was conflicted. It was enough, but she'd really expected to get over 70 points. A notification from "Living Jade Empire" arrived on her phone. "1005 Karma collected, will you start your life as a dragon's child?" After a moment, she grinned in triumph.

The last of the light was gone when Danika heaved herself over the edge of the VR-medi pod that took up half of her tiny apartment. It was a ridiculously awkward and expensive device, and like everyone who already owned one, she made the excuse that it wasn't just for games. The system had better medical monitoring capacity than most city clinics, a more comfortable and adjustable surface than most beds, and of course, a better gaming interface than any existing console.

She frowned at the warning labels posted smack in the center of her vision as she completed the hookups. They might as well tell you that fire was hot. Maybe she'd order some cute character stickers to cover the warnings, if she had any money left at the end of the quarter.

The Jade Emperor welcomed Danika back to the character creation room. "Greetings mortal soul, 'tis a fine night for adventures is it not?"

Danika grinned back at the extravagant avatar of the character creation AI and announced, "I want to start life as a dragon!"

The Jade Emperor narrowed his eyes at her and declared, "Dragons are celestial beings, you cannot."

Danika blinked at him in surprise. "But I collected over 1000 Karma, and received the notification!" she protested.

The Jade Emperor nodded calmly and repeated the content of the notification, "Indeed, you have carried 1005 Karma into my Empire, a treasure gained through great trials in many past lives. Will you spend it all to start your life as a dragon's child?"

Danika asked suspiciously, "If a dragon's child isn't a dragon, what is it?" The advertisements had all said dragon's child, with images of a golden dragon flying across the landscape. There hadn't been any posts about people not being able to become dragons after collecting 1000 Karma.

The Jade Emperor narrowed his eyes at her again, but this time the expression conveyed amusement to Danika and she wondered if he were really an AI. "A half dragon, of course," the Jade Emperor replied. He continued in rote, repeating information she'd heard previously: "There are no quarter races, only halfs. Any half is possible, but not all possible races have yet been seen. It costs no Karma to start life as a human. It costs 300 Karma to start as one of the four small humanoid elemental races: pixie, gnome, etain, or nadia."

Danika interrupted before he could continue, "What are the half dragons like?"

"The most common half dragons are the elves. Dwarves, salamanders, and…"

"Wait," Danika interrupted again, "elves and dwarves are half dragons?!" This was a scam, why weren't there thousands of posts about this?

"Wait, the publications said it only costs 500 Karma to play an elf!" Danika protested.

"Yes," the Jade Emperor agreed. "Half human races cost less than other halfs."

"What about dwarves then?" Danika questioned crossly.

"Dwarves are half dragon, half gnome, and it costs 1000 Karma to start life as a dwarven child," The Jade Emperor replied, unperturbed.

Danika logged out abruptly, and rushed to the official site. She read through the limited official race publications again, and realized that nothing contradicted what the Jade Emperor said, it was simply that she'd had no interest in playing a dwarf and hadn't noted the cost. Only a few dozen common fantasy races were profiled on the site, and the human animal half races such as mermaids and centaurs cost only 250 Karma. Human elemental half races such as goblins and fairies were only 150 Karma.

She raced through the login process to access the forum search interface. The first useful post she found was: "A Note From the First Dwarven Smith." The author said simply: "You literally start life as a dwarven child, don't choose to become a dwarf unless you've got a lot of patience."

The only other post that seemed at all relevant was one from UnicornLove, which said, "I never imagined unicorns as half dragons, and yet it all makes sense, the innate magic, the hooves and horn as hard as diamonds, the preference for kidnapping maidens. Not that I'd kidnap any maidens personally of course."

Danika wondered how many other people had actually managed to collect 1000 Karma as she logged back in to "Living Jade Empire." She'd been working on other games since learning about the Karma system in "Living Jade Empire". The game had been released for a month already, after a six month beta period, and Karma couldn't be purchased directly for money, but it could be earned in game.

Danika had simply assumed that hundreds or thousands of people would have already tried to start life as a dragon's child...

Bio: Wishing everyone health and happiness.

I'm not actually a frog... but frogs are cool! They have tiny little hands! And some frogs can even fly (glide)! ...and my name isn't actually Gus, but I've been wearing it long enough that it is?

Since beginning to lose my vision, I've been writing to replace the creating I used to do as drawing and painting. Since having a great deal of my vision restored by having a new tube set into my brain... I've been struggling with ongoing memory loss, while still attempting to write coherently.

I wish to profit from the hours I've spent, but perhaps I'm not productive or entertaining enough.