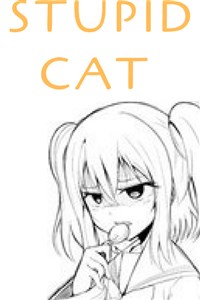 Six months ago Ichi was abducted and sent to live with his Grandpa in a small rural village in Japan. He isn't allowed to have a smartphone or computer, so he spends his free time watching VHS tapes and reading old books.

Everyday he goes to school, where him and five girls are the students with no teacher and no homework. One girl, Renya, started walking with him to school everyday. She says she loves him, but Ichi feels for sure she's lying to him.

His escape is heading into the forest. One day, he goes too deep and meets a talking bear who calls him a "Tanuki". Ichi saves a cat from the bear. Ichi's ascent to gaining strength to change the world began there.

Please use some formatting!

Apart from me not liking the story, there are only a few points that I'd note in a review. I quit at chapter 4 and did not read all of it.

After the author fixed some things I pointed out it is fine.

Story itself looks fine, just not my thing.

I tried. I really tried.

12 chapters was as much as I could handle. It's like a schizophrenic watched the Monogatari series and wanted to do a fan fic. It's like he describing an anime and doesn't realize there whole swathes of context missing. Is the main character a tanuki? Does he know it? If not, why does he accept so many strange things without blinking an eye? Why is he insistent on keeping the cat possessing him? WWhodoes he have to the death against the girl the want to force the possession upon? Who the duck is the Council of Seers? These questions and many more are never even hinted at getting answered.

When I say it sounds like a schizophrenic talking, I speak from experience. I had a friend I hadn't seen in years and he had gone schizoid. When we met he tried to tell me his comic book idea. This is what it was like reading this story. It's like you know the author thinks he's telling you everything and that it makes perfect sense, but he's not, and it doesn't.

It's basically on the verge of being incoherent over the first few chapters. Lacks structure, and fails to establish a context and framing for what is happening over the first few chapters. I sped through to about chapter 5 and got the feeling that I was reading a story written by or for a very young child - it holds some similarity in style to a child's picture book.

Honestly, dropped after chapter 1 but read through the extra chapters to get some more information for review.