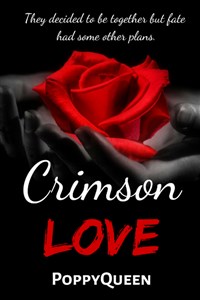 Mark and Wang Xiu now reached home.He grabbed her by the arm and carried her to the bed and made her rest comfortably.Mark waited for her to wake up.It was not long ago she fell asleep.At first he thought she was unconscious,but when she started talking in her sleep,he was sure that she was asleep.

Wang Xiu woke up.She opened her eyes,which were reduced to slits due to the swelling caused by excessive crying.

"In that case,should I perceive that you don't have enough trust in me?"

"It's not about trust.It's something I won't be comfortable talking about it to a male."Wang Xiu clarified.

"Then let me call the landlady.She might be able help you in this."

"No."She said in her crisp-cold voice.

Mark did not listen to Wang Xiu. He picked up the phone and began searching for the landlady's phone number,found it and dialed it.Suddenly,Wang Xiu snatched the phone from him.

A short while later,the doorbell rang.

"It seems the call was after all successful."Mark teased.

Mark opened the door excitedly.It was who he expected in the least,his apparent enemy,Gu Ren. However,compared to the other unfortunate days when Mark met him,today was different.His voice tone was lower.His long hair was properly pinned.It was probably the first time Mark saw his eyes.A dark beautiful brown,just like molten chips on a chocolate chip cookie.

"Come to think of it,he doesn't look that bad."Mark thought.

Gu Ren was very placid throughout.He bent over the door frame and asked,"Where is the guy I met yesterday?

"Which guy are you talking about?"Mark asked.

"The one wearing a blue jacket".He closed in and whispered,"It seems I made him mine yesterday."

Mark could feel his ears turning red after hearing those words.He recollected every piece of information and combined them to form a conclusion:Wang Xiu was assaulted by Gu Ren. He took a look at Wang Xiu,who seemed like a lunatic,trying to reform her thought process.

"What do you want from us?"Mark questioned with difficulty.

"Nothing.I asked my accomplices to follow you ,since I saw you with him.He found the address and gave it to me.Hence,I came here to collect my reward."

"Do you think you are the main character of some Yaoi manga?Come here to collect my reward,my foot.Get lost before I report you to the police."Mark said,draining out.

Mark rushed to Wang Xiu and grabbed her into his arms.She felt peace in his embrace.Slowly,tears began falling and eventually,she began to weep uncontrollably..

"Thank you so much."Wang Xiu said.

"Only if you would have said earlier..I could have done something."Mark regretted.

"You can't do anything.The whole law system follows the ordeals of the Ren family."

The door was ajar. Akio saw the whole scenario and was aghast."What had happened here?"He mused.

"Nothing..you wanted to say something when I called right?"Mark tried to deviate from the topic.

"Oh yes..it's about those workers.When I asked people,they said they spotted an unusual group of four men who were all decked up...this added to my suspicions..Therefore,I went on to clarify my doubts by visiting the foundry,where I came to know that they have loaded working hours between 2 to 3 in the afternoon.So,it is impossible for an actual worker to go to the gambling house during that time interval.So you get it right,those workers were fake."Akio narrated.

The question here is:Who are those people after all?