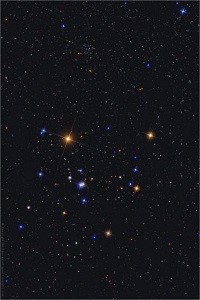 A Bored Immortal's Adventure with Reincarnation

Remove
Original HIATUS Adventure Comedy Fantasy Supernatural
Warning: This is my first time writing a story.
This is the tale of a bored, all-powerfull immortal that made a deal with Fate in order to make things interesting for the both of them.

For People Who Need a Laugh

Review written as of Chapter 25

Love the story. It focuses on comedy, which it does well. A few chapters had me giggle. All the MC wants is to have some fun. I like that. There's no huge drama or tragedy, and the story is just the MC doing what he feels like doing.

Something that bothers me is that Felix was bored for a millennium, and yet when he reincarnates he always trains himself to get strong every time. If I wanted to have some fun I'd maybe explore the different worlds or find new hobbies, but he does the same thing every time he reincarnates. Maybe it's in his personality or something? I don't know. It's not a huge flaw or anything, more like a personal gripe.

The grammar is readable. Some mistakes every chapter but not enough so that I have no idea what you're trying to say. There aren't any dialogue tags, so it gets confusing as to who is saying what. Sometimes I have to go back to read the last few lines to make sure who's talking. I also don't understand why the author puts two lines between paragraphs. It just makes it so that I have to scroll down more, which is a pain in the butt.

Something that anyone can appreciate is this fiction's fast release rate. Although the chapters are somewhat short (~2k words), they are released every 2-4 days.

Such story, much wow

I love this story :)

Even the sharpest of knives can dull...

Well this story seemed like it was going to be purely amazing in the beginning as the MC is blind and seems like the quiet and skillful badass... or thats what we were hoping for, but as time goes in this story his character doesnt really do a 180 per say, but a 90? More closely the impression and image of him that we build in the beginning chapters crumbs down and it becomes a story about a shota boy who looked badass now trying to make himself cutesy and trick people for his innocent act. It WAS something I thought had potential but not everything is right for everyone. If you are looking for ONLY comedy then here is where to go, but dont expect any seriousness from this story. Though that is kinda because the MC just wants to troll everyone lol So choose your poison its not bad in anyway but I've just somehow ended up drifting away from it. It might be because the side characters dont get much screen time. Do not under estimate the need of side characters!

It started off really well too

First off, as a fiction centering around comedy, you do an amazing job, every single chapter is pretty damn funny.  That said, I do feel that this fiction has gotten...  Stale?  I guess that's how I would describe it.  Lately it feels like making Felix as cute as physically possible is less of a running gag, and more like the overarching plot to the entire work.  That isn't really a bad thing, but when nearly every chapter is about, "Felix gained this new CUTE animal part!"  Or "Felix was made to wear these CUTE clothes by his tail and sword!"  It gets pretty damn repetitive.  Recently, he even got turned into a puppy.  I just don't even know anymore.

I've been reading from the first chapters you've posted around may of last year, so I would consider myself to be quite the fan.  The power progression system you have is cool, the cast of characters is dynamic and unique, the story is funny as all Hell, and even the grammar is pretty solid.  Unfortunately, as the story progressed, it's like Felix became more and more of a complete joke.  You have this prideful, impulsive, arrogant, bored god-like thing, and he's scared of his sentient tail that has a female personality?  He's also scared of his female sword?  And these two team up to make him cross-dress, and he CAN'T do anything to stop them?  Really?  I just don't get it.  When did this go from "A Bored Immortal's Journey" to "Let's Make This Little Boy a Trap!"  It's like because you couldn't add anything else to his body to make him cuter, you said screw it and made him a puppy, for literally no reason.  What do you even plan to do when he gets older?  Just keep him looking like a woman because "lol, it's funny cause he's actually a guy"?  The reality is, a training nut like Felix should have muscles EVERYWHERE, and it should only become more apparent with age.  On top of that, given his personality, and what he's actually lived through, the threat of pain or death should hold ZERO sway over our MC, so the idea that he gives into threats from his tail, or his sword, or Raina, is just WRONG.

What I'm trying to say is, the story is amazing, but partway through, it feels like you stop trying and just resort to the same old "Felix is cute even though he doesn't actually want to be!" gag, and that gag somehow usurped the actual plot of the novel.

This is the best story I have read on Royal Road so far, and I have read A LOT, and it's made me laugh so hard I fell off my bed and almost onto my cat, what the sad thing is, is that the author has decided to apparently die, and if he hasn't died he better have a pretty good excuse as to why he/she has stopped updating and the only one I will accept is that the government had recruited you to go to fucking Mars ok? Also find a way to get rid of the cat ears, they won't go well with his future horns that you will give us as repent for abandoning the book.

This fiction is great, I really enjoyed the prologue. The way you described the big bang and the beginning of creation was just hilarious. I also love Felix's personality, however I would like to see more of what you described as the true Felix. Please add more chapters soon, I can't wait to see what Felix dose next.

Yasss!!! I finally found a good light novel to  keep me entertained. I laughed so hard on some chapters my brother was staring at me like i was crazy! Keep up the good work. A small wish from this leech, more updates?

Such title, much wow

Sit back and enjoy the ride ~ !

When things become too easy, is life truly enjoyable? Don’t people only grow through challenges and isn’t that what is most enjoyable and rewarding in life? Well this story fully showcases this premiss, Like the novel Bluebeard by Vonnegut (not that the story is similar, just one of the premisses) The story is written well and is the adventure/s of an all-powerful being that makes a deal to experience the hardships of life so he can enjoy the feeling of growth and accomplishment.

I read this whenever I need to laugh, Perfect MC

so far the story is alright

other characters are also fine

cant really give a deep review with 13 chapters but i like it!