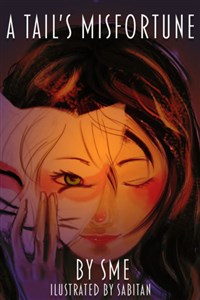 For years Sora has been viciously harassed by bullies, being subject to physical, psychological, and emotional torture from middle school to high school. This, however, is going to change as Sora’s sixteenth birthday draws near; reality begins to twist as myths and legends surround her. She starts to change from a demure teenage girl to something else as she struggles to come to terms with her new transformation.

This is really really good.

A tiny bit depressing and dark but hey, it gives it some spice that make the characters seem real and arn't robots.

This is a story well done, a very enjoyable read.

The style of the story is a nice change of pace. There where stories on RR usually involve reincarnations when inducing changes on protagonists, this author uses the same concept slightly differently.

The amount of detail put into the story is good. The author has the tendency to be descriptive but doesn't go out of his way in doing so. As a reader you won't get bored by the author's writing style. Be mindful though, that occasionally sentences are repeated ever so slightly differently, but nothing to stay awake from at night.

As a reader with English as a second language, I have no complaints about the author's grammar, not necessarily because I lack it myself, but rather because there are barely any mistakes to be found, in my opinion.

The story seems quite original, although I must admit that I'm not yet far enough into the story to know that too well. As of chapter fourteen the amount of world-building is nigh non-existent.

All in all, the story set off very well, and it has left me all the more curious in how it will progress.

Though the story starts out a little slow and is quite depressing early on it only gets better and better.

There are very few grammatical errors and the few mistakes that I have seen have been subtle things that don't really bother me.

All in all even with the slow start, I still say this story gets a 5/5. This is one of the best stories I've read on royalroad and the quality and quantity of updates is amazing to the point where I'm worried that the author may be overworking themselves.

Every night when I come home from work and see a new chapter(or two) posted it's like Christmas all over again!

TL;DR: This story starts out slow but is amazing. Read it!

The tale of a changing young woman.

This is quite different from most novels on royalroad, and far better than most in quality.

The characters just are so well written, the author has displayed all sorts of emotions really well in this story.

Not suprisingly, the best written character is Sora, from how she is at the start of the story, compared to the end of book 1, theres a huge change, and it only becomes more apparent that she is really growing with the second book. I do like how the author has pulled off her character.

Each of the books so far had a sort of theme of their own, the first one was about change and how it affects Sora and those close to her. The second one..... just go read this and find out, i just cant explain it.

The author has done a excellent job at writing this novel and making sure there are no typo's or grammatical mistakes.

The pacing of the story so far has been excellent, the story has also a lot of detail written into it and the author has done a lot of work researching mythology for this story, and that does really show. Not only that, the author dares to write complex chapters with philosophical questions, though this comes with the problem that such chapters can be hard to follow at times while also being very descriptive and slow.

This story has a ton of potentional, it still has so much to tell, that it is clear this will be a very long story.

I wholeheartly recommend people to read this if they like a good Fantasy story with a Mythology focus set in modern day earth.

The writing style of this author is superb and the grammar is perfect. I love the progression of the plot so far and it really is a frontrunner for the youth mythology category on this website.

Great story. Definitely one of my favorites on the site. Keep it up and what you did with Book 2 totally made sense to me.

The start was enjoyable and I binged through Book 1&2 completely. 4,5 stars for that part.

I'm pretty certain the first half is worth your time, read further for minor spoilers. No spoilering names or plottwists beyond what's in the official summary. Contains a spoiler regarding her powerlevel in relation to that of her allies and enemies.

The focus lies on the tags Drama, Psychological and Fantasy with some Action sprinkled in between.

The protagonist is really well written. Her transformation and how she tries to deal with her new instincts was exceptionally well portrayed. She as a character made a lot of believable progress and the people she meets all have well fleshed out thoughts.

Disclaimer: "strong lead" doesn't really matter if all other relevant characters have hundreds of years of training and/or are essentially endboss material.

I'm primarily formulating this negatively, because this story has the "strong lead" tag and I don't like to be lead to expect something only to be disappointed.

I actually kinda liked that not everyone has to be on a similar powerlevel as the mc so she can eventually defeat them with a good tactic or a timely powerup. But this trope exists for a reason, it's boring if literally everyone is either way stronger or way weaker than her. I was more invested in the fights her allies were fighting than in her own.

This part still gets 4,5 stars, since imo the fights and powerlevel aren't what makes this story interesting.

Why I still gave it 3 stars:

As great as Book 1&2 are, sadly in Book 3 the story devolves into a psychology lecture. This ended up as a story without actual "story". It got caught up in trying to develop random side characters while sprinkling in some mildly interesting psychological ideas and after more than 15 continuous chapters of that I crave progress.

Which probably isn't coming anytime soon as far as i saw while skimming over the next couple chapters, so I'm putting this on hold for the time being.

While characterdevelopement was a key point in the first half, the author gets sidetracked on developing every single character and ends up building a cast of about 10 semi-main characters. Why he chose to psychologically dissect myths in the middle of that I will never understand.

Another problem is that the world doesn't give her time to get to know her powers or even improve them. The "strong lead" tag shouldn't involve running away

constantly and having to rely on the connections of your mother to get you out of your problem. There wasn't a single fight that she actually won with her own strength. Sure she contributed, but the important fighters were always her allies. It's most disapointing when you expect her to have a proper fight, just to get dunked on immediately or even get straight up ignored while the fight plays out.

As I said, the idea is great, but these disproportionately strong characters shouldn't involve her in fights she is too weak to do anything about, which describes almost every fight.

The "big players" were introduced way too early in the story, so that her struggles don't feel relevant.

Now if this were a 10k pages story I wouldn't complain that much, but it isn't (yet?). I'm probably gonna check back after Book 3 to see how it goes on after this 60-chapter-characterdevelopement arc and if it's worth pulling through, because this story has high potential, especially with an author that has the courage to try new things.

I liked the idea behind it and the first 2 books were quite good. Give it a read, just don't expect her to be a badass more than 1-2 times.. which is a shame 'cause the author wrote these scenes pretty satisfyingly.

As a huge lover of any mythology, this book is great. There are quite a few different mythologies that exist in this universe, from the Nordic mythes to the Japanese. While there are obviously liberties taken, it is still enjoyable. I suggest reading if your into mythology like me, or just like a good story.

Things seemed to start off slow at first but the quality of the writing is immediately apparent. Detail and description are given in the right places and to the right extent. While initially they have of the story seems like it should have been faster, it actually suits it perfectly with the build up and tension of events as the story progresses. It really kept me on my toes as I couldn't stop reading until I caught up to what is currently the end of book 1 and I'm still hungry for more.

This story is definitely Favorite material in my book. I've found no issue with it. I highly recommend everyone pick this story up.

It's unusual to see teenage mystery drama on rrl, let alone a good one.

This one is while not outstanding, a very good read.

The fantasy elements work with the story and the characters aren't complete selfinsert cardboards, though still too early to tell.

All in all, bullying is bad mkay?