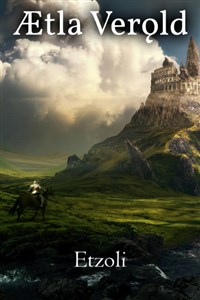 AV Online was just a flash in the pan—a harsh, experimental land which lost most of its players in mere weeks. Only the dedicated few remained, carving out their destinies in corners of the vast abandoned world.

Lily Quinn wasn't one of them. With a career worth millions in the esports world, she didn't have time for a game like Avo—but when an exclusive beta test for the new version showed up on her doorstep, she couldn't say no… as much as she wanted to. Literally hooked into the simulation, Lily reluctantly entered a world beyond anything she'd ever dreamed of.

Accompanied by seven other beta testers desperate to save their beloved game, Lily dives into a vibrant, beautiful world, where mystery and adventure waits around every corner. Despite her reservations, Lily finds a joyful escape in Avo, shattering her cold, hollow reality. It was just a game though… until the group discovered they couldn't log out. Trapped in a game with no rules, and surrounded by cutthroat players eager to kill for a quick windfall, Lily and her ragged band have no choice but to fight their way out, or die in a game that has turned all too real.

Hi there! I'm setting off on yet another adventure, come join me :3

Unusually for me, there's only one perspective this time, and it's quite a bit more action-oriented than I usually write. Don't worry, though: everything's still as character-driven as always, and I never get tired of writing dialogue. Just to acknowledge it up front: this story is heavily inspired by EVE Online and the many stories generated by that world. However, since this is a fantasy setting, not sci-fi, don't expect any real parallels.

Chapter publish rate for this one will be whenever I write them, as with Epilogue. I don't expect to move as fast here though, since it's not for NaNo. The plan is chapters somewhere in the 4k-5k range, and hopefully frequently. The Last Science takes priority as always though.

Special thanks to Reaver and Ace Arriande for pushing me to get this going, and to all my fellow writers whom I've stolen from been inspired by. You're all wonderful people and I love you <3

Quick reminder: Patrons get to read ahead of what's published! Also, try my other works:

The Last Science — A Tale of Modern Magic

What are you still doing on the synopsis? Get to reading!

This story has not been posted or published anywhere else besides RoyalRoad.com, at this URL: https://www.royalroad.com/fiction/22103/atla-verold

Reviewed at: Chapter 9 — South of Skyldr I

A litRPG of quality?

A hidden gem on the Royal's road,

a well made story.

Etzoli had a faustian bargin made.

She shed the numbers.

She cared for their pointless stats not.

and a world enjoyed off the bat.

But woe the Adversary,