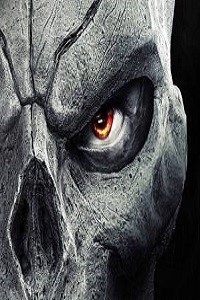 After 10 years, Emperor Saga's popularity is at its peak as the leading vrmmorpg. Emperor Saga is VRMMORPG that combines the elements of fighting, strategy, skill, grinding, politics, and money. Every player's ultimate goal is to become an emperor. Four have already succeeded and gained fame, wealth, and power in-game as well as in real life. The story of a man journey to become the Emperor A tale of the greatest challenger that will shake the game history The history of the first and the last one taking a different path.

Lots of action, too much coincidence in victory

Characters:  So, in the story we have a very broke MC with a failed business who is living off his savings.  To escape reality he chooses to play the game Emperor Saga.  He is so broke that his lives in the projects at a $150 rent.  I mean, this guy is way down on his luck and has $150K in debt.  He is trying to find better work, but it seems is working a laborer.  So, not too bad.

This is discarded.  What starts out as a possibly defining character trait à la Ark or LMS  is set aside and is only revisited when the author for what...  nothing.  It isn't even used to move the plot that much.  Instead what we find out is that this guy is someone who doesn't lose.  He's ruthless and possibly a genius.  He's a master of combat, plots, & schemes.  Okay, so this is a new defining characteristic?  I'll take it.

What I didn't like is that Chrono didn't evolve as a character.  Everything he is, he already was.  He just wasn't strong enough to show how awesome he is supposed to be.  Gah!

Chrono, those around him (both friend and enemy) are all likeable. I didn't think any character felt out of place in the story.  I could probably sum up each character with 1-2 adjectives though.  Not much depth and nothing really made me interested in them once their chapter was done with.

Plot:  He has several setbacks and he tries to get out of trouble many, many times.  These actions parts were very entertaining.  But, he is an idiot.  For someone who schemes he relies on high-risk, high-reward plans whose success happens because of coincidence.  Yes, it high-risk, high-reward plots make for good reading.  But success that comes from luck...  not so much.

The pacing is very good.  No laggard pacing and the author kept the story moving.  There were a few spots that I disliked, a lot, and just skipped to the end.  The POV of the 2 detectives IRL and the cat.  Kind of an eh....  moment.

Overall:  The author is pretty good at writing.  Sometimes the word choices make me feel that English is a second language.  No biggie.   But that coincidence, lack of build-up & sufficient foreshadowing to certain plot twists & events, and some contrived character stupidity caused this story to earn its rating.

You want a different kind of Adventure. Read This.

I do reviews in real life but this is the first time I'll be doing a review in online wish you could bear with me.

The style is unorthodox but Interesting. the plot and schemes is  well coordinated and planned thus made it more interesting in every arc.  The author knows how to manipulate the ups and downs of a climax which made the story much unpredictable and better even in some parts the style only emphasize one details and lack in some parts of how to deliver it is good for expressing the something which the readers need.

The grammar is not perfect but still acceptable and need improvement in some parts of the story there are misspelled words and confusing words the comprehension of details is not great, nice and good but readable and acceptable. In need of improvement but well great story.

The character setting is definitely good. the protagonist is not naive and arrogant but a person having a neutral personality doesn't care if he's good or bad or in short a character of practicality. Support character's are well define. The rivalry is well emphasize and over all the character is not cliche but better than good but not perfect and have potential for improvement in every arc.

The grammar really distracts me from the whole thing. I like the plot, character, setting, and almost everything else. My main problem is that I can't enjoy them if I'm too distracted figuring out what you were trying to say about them. Miscommunication happens a lot. I know you're trying to learn English and I admire the effort, but when your work is proofread try to ask them about your faults. You'll learn quicker that way. Other than that, you've really got a creative mind and an amazing story. gl m8

by FrankyStein Thursday, November 6, 2014 8:33:20 AM
I have always thought the story was good enoughbefore. But then came the ‘experiments’.. Some back stories never been hinted or forshadowed before. Some plot twists even came out from nowhere unjustified pushing my suspension of disbelief to the limits. I can tell he is trying to try to add few elements to his stories. I think it is great but if not done right it makes the overall story confusing.
Report

I'm going to reread and check if there is a plot hole!

NIce story... Has this what is up with the yggdrasil?  so some npcs are just also in their vr TREE haha .......... or was the game creator trolling  the people that 10 years since release no one has ever found out that the game is a illusion to the NPCS..........Hope you don't drop since i like this better than the top 1 & 2! Hope we get more awesome goblins like the goblin that is beleive to be the chaos Knight! By far this the very few novels in this site that has a good plot.. but i seriously need to reread this to find plot holes for better review

Would be really good if not for the grammar mistakes and unrealistic villain characterisations.

Jesus your proofreader does such a good job, reading your original posts gives me a huge headache.
For the style it is pretty good, the story seems to be going stagnant at this point, ( Chapter 38). I feel that this break between the storyline is taking too long to set up as well as to finish. As I have stated the Grammar is horrendous and your proofreader receives a huge thank you from me.
The characters are pretty decent, but the main antagonist Alex needs to be worked on more. He seems to be flat, just being the villain just because he can. The firing of the MC in Chaper 38 seems forced to bring in the romantic interest of the MC.

by Theorize Sunday, November 16, 2014 11:35:20 AM
Good story. One of the better ones on this site. The MC isn't just about brute strength. He makes the best of what he has and uses it to create a powerful and interesting character.
Report

Epic in its Awesomeness

by Dagothur Sunday, November 2, 2014 1:25:35 PM
Really addictive, just that it needs PRs and the release is quite slow. But am into quality of work not quantity so basically i can wait.   But please oh please...its been 10 long days already and ive been checking twice or thrice daily... the anticipation is killing me
Report