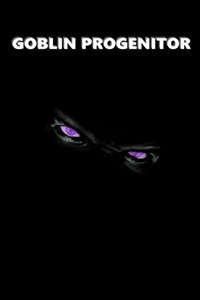 Jon was finishing up another horrible date, one among many, thinking about how alone he felt now more than ever.

When suddenly fate shined its bright headlights of Resurrection onto him.

Lighting up a path to never feeling alone again!

In a goblin horde!?

As the mythical Goblin Progenitor!

I would like to apologize in advance for the first few chapters - as they are not super coherent in grammar or past present tenses. I try to improve as I go, the further chapters I feel are a lot better. I will keep striving to improve the story and fix things when the chance presents itself

So, its the story of a guy reincarnated into a goblin.  Who has a system.  So far, similar to many other stories.  He quickly becomes rather OP.  The setup with Truck-kun is obviously done for humor.  Then the story basically becomes slice-of-life with powerups.  Overall though pretty interesting and fun, as the MC tries to fight his evil goblin nature.

There are some obvious problems with characterization.  I mean a girl who had her mother murdered, is not going to jump into bed with one of the monsters that helped murder her.  Regardless of how nice he treats her.  Other issues like with Sala, and others not exactly acting like Goblins, even if he has "treated" them.

One thing I do appreciate, is that despite the sex, we don't need to read about the groping and the thrusting.  The story thankfully fades to black.  Also, the story does have some minor issues with grammar.  Mostly just misspellings and occasional weird words.  Nothing to really take away from the story though.

Overall this is a pretty good story.  Give it a chance, particularly if you like Re:Monster, or slice-of-life stories in general.

Not good (as of scorched earth pt. 3)

I like evolution stories. I like monster stories. So I thought I'd love this story. I was wrong.

Combine weeaboo with skill whores and you get this garbage.

Weeaboo nonsense = truck-kun, being bonked on the head repeatedly, beta m.c. that blushes at the thought of sex, seeing a woman in danger and deciding he has to save her ( even though she tried to light him on fire repeatedly, and he himself realizes he's nowhere near ready to change the status quo.) It seems like the author goes out of his way to create enemies people will hate so  the m.c. can have a moral high ground too.

Skill whore= just touching people and absorbing their skill. No need to figure out how to use it, just spam it over and over to upgrade its level.

Other characters ( sala ) acting like bashful teenager rather than the bloodthirsty murder-hobo she is.

It's just not a good story. I think this is an authors first work, so don't set your expectation to high.

read with a grain of salt

This is a beginner story. So it has many of the flaws that come with it. Personally I made it to chapter 3, and frankly it needs work.

Grammar: is not too bad. Most likely written by a native speaker, or at least checked through grammarly.

Style: poor. Specifically because he switches from 1st person to 3rd person between chapter 1 and 2. Then is very clumsy with the 3rd person perspective ( labeling each character every time they say something or have an interaction, using [jon] instead of descriptive naming, example:"screw you" Jon screamed as he jumped at the goblin) etc.

Story: mediocre? standard initial reincarnation with use of a system to bypass language barrier issues (I personally cant stand this trope, it cheapens character development). SPOILER: Initial interactions between MC and mother are unrealistic (a raped woman who views a monster with slightly non monstrous features would still be repulsed, regardless of eye color. It would require a lot of trust building.).

Character: couldn't get far enough into the story, but considering that there was very little development pre-reincarnation, there's not much there. (This is an often missed opportunity to really develop a characters baseline before the change, this isnt a deal breaker, but it's actually harder to establish later on).

Overall: it's a beginner story, read it with a grain of salt.

Reviewed at: 60. Into the sunset

Tldr worth a try

liked it alot! tnx! keep it up! looking forward for more!

ps amused by revie... ehm... commenters saying stuff like 'read 3 chapters - its bad'... if I were to rate chapter 1 it might be around 2-4/10 while chapter 60 would be around 8-9/10, roughly... and well ofc in many matters it still depends alot on taste - on which point: tnx for tryna build a complex system! I don't think I've ever seen in anywhere, at least that has to do with fantasy or the like... and of such quality(or maybe at least potential quality~) maybe even anywhere else - hehe, I myself was starting getting stressed as to where I'd allocate those evolution points as if I was actually the one there lmao

Read through chapter 40.  The bloodline abilities are pretty interesting and fun, making this different than a lot of the other LitRPG's I've read.

What bogs this down is the poor editing, and the painfully typical Japanese light novel behavior of the characters.  The 'blushing', the "I don't like you but I like you' behavior, the 'omg there are boobs on me' thoughts.

The MC belongs to a race of rapists.  He gets more powerful through breeding.  Yet he doesn't take partake.  This is not a bad thing, since the MC is a 'white knight'.  But with the premise so rooted in such evil acts (rape and slavery), the 'slice of life' feel of the story just seems off.

This has a "Reincarnated as a Slime" and "Re:Monster" feel to it, leaning more to the Slime side for the MC.

Pretty standard beginning to a reincarnation story. The big thing that stands out to me is that the main character actually stays a goblin (so far anyway) instead of immediately jumping from goblin to [insert loosely but not really related monster variant here] within a few chapters. I also like the stat and trait system so far. I'm looking forward to seeing how this story progresses over time.

I liked the story, I would like to know the frequency of releases because I'm looking forward to the next chapter.

The story is pretty good and has great potential. Keep it up I'm looking forward to what's next.

Just a friendly review from a neighborhood author

I liked it so I was a little surprised to see so many negative reviews. So let me restore the truth about the worth of your story.

First thing, you chose a subject maybe a little too classical. There are many other stories about reincarnation into a goblin (Don't forget that nearly everything started with Re:monster) but you still managed to make it an original story with its own particularities.

The MC is not too OP from the start and his thoughts are well explained. I really liked your idea of the evil curse to explain his sudden ability to harm/kill others. It was well done, especially when so many other stories don't justify it.

Your writing style is good and you don't make many grammatical errors which is a good point.

Now, let's talk about the main problem in your story.

Don't misunderstand, you have good characters and you explain their thoughts/motivations/feelings quite well.

However, most of them are only there to blindly follow the MC. In the end, except for the MC, I was interested in his mother (hope to see her soon), Sala, Emily and that's all. The others are not well developed. (For example, Sylvie: the cat girl. We saw this character of the slave beast girl who falls in love with the MC and/or calls him master a thousand times.)

Fortunately, even if you went with the harem route, you have quite a good explanation for it so let's not talk about it.

Instead, let's talk about another problem.

The rhythm of the story.

It was a very good story inside the cave, but when they left you lost yourself in heavy and boring explanations of runes. Even if it's an important part of the story, you should have made it shorter or develop it at the same time as the action. Basically, after they left the cave, nothing happens except for the MC who experiment with runes and his progenitor system.

I wanted to know what would happen with the other goblins, with Xarn, even with the mother.

These two points disappointed me.

However, to be disappointed, you have to expect something.

And I expect great things from this story.

You have your own style, good ideas, and a solid plot/world building.

Although you chose some easy development with the characters and even if some parts are too long and not very interesting, you still did an incredible work.

Your story is good, never doubt that.

I'm sure you can make it even better.

I will patiently wait for you to meet my expectations with your writing.