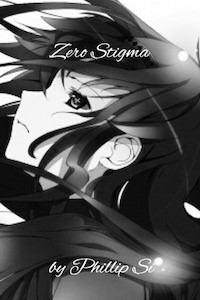 If you don't have enough talent, then try ten, a hundred, a thousand times harder than anybody else.

If you don't have a path laid out for you, then create your own.

Feng Lan is a feminine boy. He gets bullied because of his stature and his lack of talent of martial arts in a world where war rages. However, despite his lack of strength, he puts in ten times as much effort as the others. He develops skills that no one else has. Is this enough to surmount the wall known as strength?

Of all the fictions here that claim or have any resemblance to the wuxia/xianxia genres, this is by far the best.

The pace seems a little bit too quick? but that can be fixed with  the introductions of more side characters and world building. There are almost no grammar mistakes ( none that I found :P ) and this is quite enjoyable to read. Keep it up!

This is a good ff one of few in this site , and i have to tell u i am very picky when it come to novels so when i say good it means that your ff is really Good :) anyway i hope u don't drop it like many do in this site cuz i will be very disappointed and finally keep up your good work and don't stop no matter what

Unfortunately could be much better

review pending re-write due to re-start of story.

It seems you rewrited the story but improvement is still needed on some things.

First why did he suddenly decides to leave his town? His sister? His family? No real explanation, he just say "I want to get stronger"...

Second thing, the most annoying, chapter 5 he leaves the city and 2 majors characters appears, the dragon and the old man who speak in his mind (fast paced story here, kinda rushed things by introducing all those things). The main issue is Why does he wants power?

Even at the expense of his happiness, cause the old man told him he'll suffer, and most likely dies if he wants too much power.

You need to explain the reasons behind the MC actions, not just let us guess.

Last thing, chapter 5 and still don't have any idea which type of character the MC is, not much dialogue, and the inner thoughts are lacking in profoundness.

Goes a little bit fast, but the power is awesome and the tort...training is fun to watch.

Is this Story Dropped or Hiatus?

I hope the Author continue this FF it's fun and entertaining if he don't have the motivation to continue at least Axed it with a decent end just to closed it.. T_T

LOVE IT MUST HAVE MORE

hi loving the Novel i want more but there has been a recent lack of chapters, you haven't posted for more than a month wondering if u dropped it?

WTF is this too vague

so much nonsense too fast paced

you training for 3 years but not even reach the 1st check point?"

train? what kind of train? there are a lot more practice method in ancient china than the rest of the world at that time

this is surprisingly good O_O

he isn't OP but has potential

I can't believe I'm saying this

I honestly feel there is to much fighting with. And I really wish you would have focused more on his skills in martial arts instead of giving him a weapon. The acupuncture angle was very interesting, but the constant fighting that honestly gets boring.

Simply put, add some other things aside from fighting.