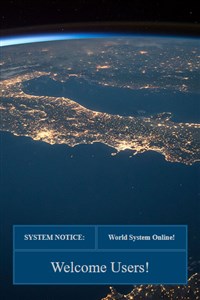 James Harbor was on his way home from a night shift when his world and his SUV was turned sideways, literally, by a giant beast. With a dark sense of humor, a fair bit of intelligence, and scorn for his fellow man dont expect our protaginist to be a sefless sacrificing hero out to save the world from itself. Instead join a man driven by his whims and given an unexpected headstart in the race for survival.

This story is going to be refined slowly as I write new chapters, cleaning up grammar, typos, repeats, elements placed wrong, etc, I do my own proof-reading which is far from perfect so expect older chapters to be updated frequently with revisions. Release schedule will probably be at least 1 chapter a week.

Not to my taste

I only made it to chapter 11 before I gave up. It is not a bad story per se, and the writing itself is good. My problem comes more from the reactions of the MC, and the way he thinks.

It's all very thick in plot device and while the intention seems to be a badass MC, honestly to me he comes off as a pushover with anger issues. And his decisions are mostly very stupid, despite other people commenting here saying how intelligent he is. He is just a bully throwing a tantrum, and then getting pushed around by the first stronger person he meets. Just really disappointing overall. Though that is more a taste thing than a criticism of the story.

Writing style there is too much telling rather than showing, also you tend to go into too many unneeded details, taking away from the impact of your writing. Quite a few times I got thrown out of the story because of too much detail, like when you describe exactly where something was in his car. I didn't really need to know all that. It just takes away from what is really important at that moment.

Overall not that bad, but not my taste. Keep it up though :)

This work is wonderful

I hope you continue writing it

Thanks for your hard work

Love the MC and the story is very addictive!

Good story so far, No Grammar or Update Issues, (only 10 chapter in), but it is nice to have a realistic MC who isn't a spineless wimp or a masochist. He has probably got anger issues, but he is smart and realises that the apocalpyse is no joke and he acts when he needs to straightaway. IT is a great read, and I am looking forward to more :D

Not bad, enjoyed the story. The MC isn't your good guy, but has a motive to become more. I see potential in the story, but found it difficult to continue reading, simply because of how the MC thinks and acts, but this may change at a later stage.